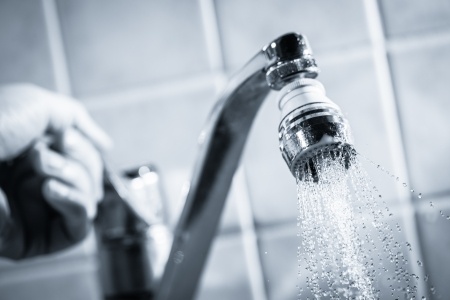 Puration Inc (OTCMKTS:PURA) is a stock that has started to crawl onto the radar of many OTC traders in recent action for a few reasons. However, the main one is clearly the fact that this is now a company with some play on the cannabis playing field following an agreement to acquire certain health & wellness joint ventures from North American Cannabis Holdings, Inc. (USMJ).

Traders will note just under 130% tacked on to share pricing for the name in the past month, but that move comes in the context of a larger bearish trend. Market participants may want to pay attention to this stock. PURA has a track record that includes a number of dramatic bounces. In addition, the company has witnessed a pop in interest, as transaction volume levels have recently pushed 590% beyond its prior sustained average level Traders should note this as important with a float in play that’s tiny — of just 2.5 mln shares. Traders should not overlook this combination, as ramping trading activity can overwhelm available supply in a stock with this type of small float, leading to an upward burst in prices.

Puration Inc (OTCMKTS:PURA) bills itself as a company has been a water purification company, involved in the design, development, engineering, production, marketing, and distribution of personal and group systems that filter, purify, clean, extract or otherwise improve the quality of water on a cost effective, affordable basis, with a minimum of environmental impact. Resulting from their own design and engineering, the company’s water purification systems include personal water filter bottles, collapsible water pouches, replacement filters, and travel filters.

While the Company carries a current inventory of personal water filter bottles and collapsible water pouches and that inventory is availed for sale at select retail locations, the Company has in the last year begun to explore and develop new business opportunities focusing on the emerging Cannabis Extractions Sector.

In July 2015, the Company entered into an agreement to acquire certain health & wellness joint ventures from North American Cannabis Holdings, Inc. (USMJ). Puration Inc. sells its legacy products under the Filter 2GO brand. The company was founded in 2011 and is headquartered in Dallas, Texas.

Find out when $PURA reaches critical levels. Subscribe to OracleDispatch.com Right Now by entering your Email in the box below.

As noted above, the primary driving force here is about the Cannabis play.

As we have covered, during the 2016 election cycle, 9 states with more than 30% of the United States population will be voting on regulating the sale of cannabis for medicinal or recreational use.  The company anticipates that the passage of any combination of these initiatives has the potential to significantly accelerate sales of everything even loosely associated with cannabis.

The regulated cannabis market in the United States is projected to reach more than $7 billion this year, according to a report by New Frontier and ArcView Market Research. That represents 26% growth over the previous year, driven largely by adult recreational sales of marijuana researchers found. Regulated adult recreational marijuana sales topped $998 million in 2015 compared to $351 million in 2014 — growing 184% year-over-year. America’s 2015 marijuana sales were higher than those of Dasani, Oreos and Girl Scout cookies.

That’s why recent press from PURA has grabbed the attention of the market and sent the stock upwards on growing volume.

For example, Puration, Inc. and Colorado-based Spanish Peaks ScumpDelicacies have been partnering in the marketing of a new Spanish Peaks Cannabis Infused Beverage.

As part of the marketing effort, the two companies have engaged in a naming contest. The winners were just announced last week (the first place name is CannaCola, the second place name is CannaBliss, and in third place, Canna Pur). According to the press messaging, the three winners will receive a one-year supply of the beverage produced under the name the winner submitted.

At this time, carrying a capital value in the market of $627K, PURA has minimal cash on the books, along with total assets of nearly $470K, which is balanced by de minimus total accumulated debt. In other words, from a balance sheet perspective, there isn’t much to go on here. However, the future is wide open, and we will be closely following the story. For continuing coverage on $PURA stock and our other hot stock picks, sign up for our free newsletter now and get our next hot stock pick!