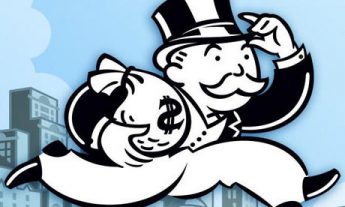 Amfil Technologies Inc (OTCMKTS:AMFE) continues to roar higher. AMFE just staged a major breakout once again, popping out of the top of a trading range consolidation with a bull trigger point around the $0.09 level. That level went in the wake of the move, which was spurred by a shareholder update on its current and recently developing operations with projected revenue increase numbers.

According to the release, the company’s fiscal year ended on June 30th “marking the most successful year since the company’s inception in 1985, clearly proving the high growth business model implemented by our current CEO, Roger Mortimer, when he took control of the company in 2013. As a direct result of this business model, the company has broadened its operations through acquisition, strategic partnerships, expansion of subsidiaries, and penetration of new markets. These actions have manifested a significant increase in revenues which is expected to continue its growth.”

As noted above, the company just put out a shareholder update that clearly caught the attention of OTC traders and helped foster a follow-on breakout. The headline takeaway here is really “Management estimates revenue growth of approximately $3-$4 Million by year end after the opening of the new location.”

That new location is set to be the third and largest ever Snakes and Lattes location. As we have previously covered, the point here is basically a bar with board games. But in a cool way. With sculptures of a giant Jenga puzzle and pictures of the Monopoly man on the wall. And drinks. And cool architecture.

Apparently, the idea has been taking off, and so has the stock. The next chapter, as with all good things, is expansion: “Snakes & Lattes Inc. announces plans for 4th location in Vancouver, BC, Canada: Vancouver, BC, Canada has been selected as the first location to expand the Snakes & Lattes Inc. retail division outside of Toronto, Ontario. Further details relating to specific location and time frame will be announced as they develop. Management is currently shortlisted Chicago, Illinois as the target city for the 5th Snakes & Lattes Inc. location. The decision is not yet final, as management is still vetting other promising US locations. Once the US market is penetrated we will have an aggressive expansion plan unfold simultaneously to continue spreading the brand across North America.”

Traders will note 55% during the past month in terms of shareholder gains in the stock. This is emblematic of the stock. AMFE has a history of dramatic rallies. Furthermore, the stock has seen interest climb, with an increase in recent trading volume of 23% above the average volume levels in play in this stock over the longer term.

At this time, carrying a capital value in the market of $56.9M, AMFE has virtually no cash on the books, which is balanced by about $962K in total current liabilities. AMFE is pulling in trailing 12-month revenues of $3.5M. In addition, the company is seeing major top line growth, with y/y quarterly revenues growing at 26613.9%. This is an exciting story, and we look forward to a follow-up chapter as events transpire. For continuing coverage on shares of $AMFE stock, as well as our other breakout stock picks, sign up for our free newsletter today and get our next hot stock pick!

Disclosure: we hold no position in $AMFE, either long or short, and we have not been compensated for this article.