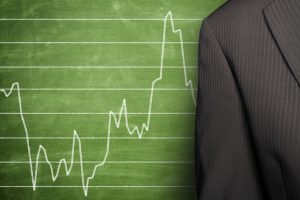 mCig Inc (OTCMKTS:MCIG) was one of the chosen stocks in the cannabis sector riding a parabolic rise before the election in November 2016 where shares went from .05 to .50 cents in 90 days. Many stocks were swept up in this rally, no matter what they manufactured, they were simply part of the rising water levels that lifted all boats.

A look at the chart below shows this explosive move culminating into January 2017 and starting the year off with a bang. Things then cooled off, but are starting to progress once again. MCIG has transitioned from a vaporizer manufacturer to industry leading large scale, full service cannabis cultivation company with its subsidiary Grow Contractors

Grow Contractors, Inc., (GC) a wholly owned subsidiary of mCig Inc (OTCMKTS:MCIG) launched its new greenhouse website and Rob Kressa, GC’s CEO, stated, “The new open disclosure standard for the greenhouse selling portal is just the first step in our progression to becoming the nation’s largest greenhouse supplier in the cannabis grow and herbal farming markets. Since we announced our exclusive agreement with Sangreen for distribution of greenhouses at half the cost of the current market price, we have spent the past few months perfecting the design and supply lines.”

Breaking into the greenhouse sales market requires a well thought out game plan. Grow Contractors has pieced together a steel frame designer, coordinated shipping and delivery systems by expanding operations in China, designed and is currently building a “model” in the city of Las Vegas; engaged US engineering professionals to expedite state approval processes; and established set crews in multiple states.

In separate news, MCIG updates its shareholders on its various construction projects. Recent legislative actions in the state of Nevada have set two new hard dates for growers which are accelerating our backlog incredibly. Any groups without their Certificate of Occupancy by April 30, 2017 will not be eligible for fast track recreational licenses. Sin City is in pre-approval for its permanent license and is currently in Phase II design; Green Leaf is in pre-approval for its permanent license and already has a full open grow phase II designed to equip once approved. With the next State of Nevada mandate of October 15, 2017 for Certificate of Occupancy, in order to maintain a medical cannabis license and to be eligible to apply for second stage recreational license, the Company is picking up the pace with its Solaris project.

Solaris is in excavation now and is on schedule to be completed around July. Grow Contractors’ Forest Grove project is moving along with Phase I and will be completed on time and as forecasted. We will continue to update our shareholders on the smaller projects in Washington and Oregon via twitter and our website.

Mr. Kressa went on to say, “Our business and staff is growing. We have recently hinted and tweeted on various deals and opportunities, which we will be announcing officially once the design phase is complete and the customer has been properly vetted in terms of licenses and financial abilities. I am confident our announcements are only the tip of the iceberg for Grow Contractors’ revenue story. We will finish the year strong, and the first quarter of the next fiscal year looks to be a record breaker again for us with just our current backlog flow starting to kick in.”

Headquartered in Henderson, Nevada, mCig Inc. (OTCMKTS:MCIG) is a diversified company servicing the legal cannabis, hemp and CBD markets via its lifestyle brands. As mentioned above; MCIG has transitioned from a vaporizer manufacturer to industry leading large scale, full service cannabis cultivation company with its Grow Contractors division currently operating in the Nevada market.

The company looks forward to growing its core competencies to service the Ancillary legal Cannabis, Hemp and CBD markets, with broader expansion to take place once federal laws change, the shares have settled back to reality since the January high but holding the important 50% pullback level. Like all Cannabis stocks it will now be about how they are able to drop dollars to the bottom line for investors. For continuing coverage on shares of $MCIG stock, as well as our other hot stock picks, sign up for our free newsletter today and get our next hot stock pick!