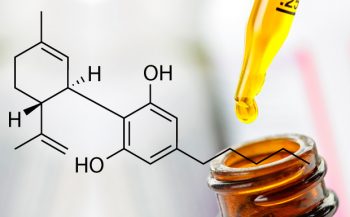 PotNetwork Hldgs I Com USD0.0001 (POST REV SPLI) (OTCMKTS: POTN) gives investors a new way to get exposure to the cannabis market. Until January 2017, PotNetwork Hldgs I Com USD0.0001 (OTCMKTS: POTN) was better known for its subprime lending subsidiary (Sunrise Auto Mall, Inc.) than for its legalized cannabis offerings. But that all changed once PotNetwork Holdings acquired First Capital Venture and its Diamond CBD, Inc. subsidiary, which is engaged in the sale of high-quality Cannabidiol (CBD) oils made from premium hemp extracts.

Shares of POTN currently trade at $0.0285, giving the company a market capitalization of $1.9 million. Over the most recent 52-week period, shares have traded as low as $0.00 and as high as $0.07. There has been a tremendous amount of volatility around the company’s stock, as you might expect from a penny stock in the red-hot cannabis sector. For example, in March, the stock shot up more than 200% in just a week.

POTNETWORK HLDGS I COM USD0.0001(POST REV SPLI (OTCMKTS:POTN) – as you might have guessed from the name – has gone all-in on the legalized marijuana industry. After the acquisition, the company even suggested that it would move from Florida to Colorado in order to be closer to the “pot heartland” responsible for much of the current innovation in America’s legalized marijuana industry.

The big question for investors, of course, is figuring out where PotNetwork Holdings fits into the broader cannabis industry landscape. For now, POTN appears to be carving out a spot in the CBD oils segment, which it has been touting as being potentially the most lucrative segment of the cannabis industry. And it is calling its Diamond CBD oils “one of the most powerful natural CBD e-liquids on the market.”

Find out when $POTN stock reaches critical levels. Subscribe to OracleDispatch.com Right Now by entering your Email in the box below.

But there are a lot of “ifs” here. That is, CBD oils will only move from being a novelty product to a mainstream product if CBD is ever approved as a treatment for known medical diseases. For example, the National Institute of Drug Abuse (NIDA) has said that CBD might be effective in controlling epileptic seizures, reducing pain, and minimizing inflammation in certain parts of the body. Moreover, CBD could be effective in the treatment of certain mental health disorders, such as addiction and different forms of psychosis.

Certainly, PotNetwork Holdings has been trying to make the case that it is now a market leader in the CBD oils segment. In mid-March, the company announced that it had received $250,000 in new orders for Diamond CBD oils. The company also announced that it had landed a top spot a major industry conference dedicated to the cannabis industry (although that sounds more like a branding opportunity more than anything else).

And, on March 21, POTN issued a press release saying that it was shifting its focus back to the cannabis industry. Presumably, that means that it will be paying less attention to its subprime lending subsidiary, Sunrise Auto Mall, which is essentially a pre-owned auto dealership for people with bad credit or no credit.

According to figures cited by POTN, the CBD market could see $2.1 billion in consumer sales by 2020, marking a 700% increase from 2016 levels. Of that total, $450 million would come from hemp-derived products. Since Diamond CBD oils are made from premium hemp extracts, this would seem to imply that PotNetwork Holdings could be looking at a half-billion-dollar market opportunity in just a few years.

However, investors need to put those numbers into greater context. Right now, according to its website, PotNetwork Holdings has a grand total of 18 employees. The company is touting them as “hemp industry pioneers” and some of the brightest minds in the CBD oil business.

In terms of valuing the company’s overall business, the company is currently expecting a quarterly revenue figure of $1.858 million as a result of the Diamond CBD acquisition. Diamond CBD products are available at 10,000+ stores in the U.S., and the company has signed deals with 7,000 authorized retail vendors. Overall, the company has 400+ SKUs. So you can get a sense of where the company is going – it’s working with very tiny retail locations and offering a huge number of potential products. Put it all together and you might just have a real business model.

For now, much of the hype surrounding PotNetwork Holdings is focused on what the company might accomplish, and how big the CBD oil market might be. That’s reason enough for some speculative traders to dive in and pick up some POTN shares on the cheap. For more news on PotNetwork Holdings and other fast-moving penny stocks, please subscribe to OracleDispatch.com below.