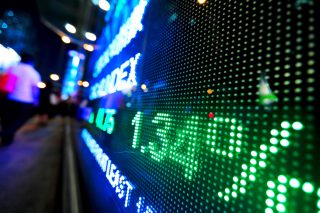 CANNABIX TECHNOLOG (OTCMKTS:BLOZF) has been a no-doubter of late as a primetime momentum play with real prospects on the pick-and-shovel side of the cannabis patch. The company is developing a leading product prospect for testing and identification of marijuana intoxication in the form of a breathalyzer with clear utility in law enforcement and other regulatory applications if the project meets fruition. As we have noted, the task now is funding the research and development side of the equation.
We have seen some positive movement in that capacity in recent days, and the stock has been responding with a lot of excitement among investors, as one might expect. The latest update from the company points to some increased potential for a promising outcome on the financing front given the company’s announcement at the end of last week that shows enthusiasm among prospective funders. The key is not just the existence of a bought-deal financing, but the additional bump in numbers that was announced as an adjunct by the company on Friday.
CANNABIX TECHNOLOG (OTCMKTS:BLOZF) is developing its FAIMS- (field asymmetric waveform ion mobility spectrometry) based marijuana breathalyzer for the detection of delta-9-tetrahydrocannabinol in human breath.
Testing using the Cannabix Marijuana Breathalyzer Beta prototype device with human subjects after smoking THC cigarettes demonstrated the successful detection of THC, the psychoactive component of marijuana, in real-time. In addition to THC, several metabolites were identified in the breath of the human subjects including 11-hydroxy-delta-9-tetrahydrocannabinol and delta-9-carboxy-tetrahydrocannabinol, and three other cannabinoids related to cannabigerol, were confirmed by mass spectrometry after the inhalation of cannabis.
The ability to detect THC and its metabolites in human breath is a significant scientific breakthrough that allows for real-time pharmacokinetic analysis. Such analysis provides a method for the identification of frequent users of marijuana who tend to retain THC in their body for longer periods of time, relative to infrequent marijuana users who tend to clear THC from their body more quickly.
The Company plans further testing with its Beta and Beta 2.0 prototypes over the coming weeks. The Company will be calibrating decay signal intensities with a refined breath collection component.
According to company materials, “Cannabix Technologies Inc. is a leader in marijuana breathalyzer development for law enforcement and the workplace. Cannabix has established breath testing technologies in the pursuit of bringing durable, portable hand-held tools to market to enhance detection of marijuana-impaired driving offenses on roads at a time when marijuana is becoming legal in many global jurisdictions. Cannabix is working to develop drug-testing devices that will detect THC- the psychoactive component of marijuana that causes intoxication- using breath samples. In particular, Cannabix is focused on developing breath testing devices for detection of recent use of THC, in contrast to urine testing for THC metabolite that requires an invasive collection and reflects use days or even weeks earlier. The devices will also be useful for other practical applications such as testing employees in the workplace where intoxication by THC can be hazardous.”
Find out when $BLOZF stock reaches critical levels. Subscribe to FinanceRegistrar.com Right Now by entering your Email in the box below.

As noted above, while we noted the bought deal financing was promising, the extra boost to shares seen so far this week for the stock is likely related to this: the company also just announced that “it has amended its agreement with Cormark Securities Inc. and has agreed to increase the size of its previously announced $3.45 million “bought deal” private placement offering. Pursuant to the upsized deal terms, the Underwriter has agreed to purchase, on a “bought deal” basis, 3,500,000 units in the capital of the Company, at a price of $1.15 per Unit for aggregate gross proceeds of $4,025,000.”
Any time you see an upward adjustment in capital in a deal like this, it generally reflects good things for the company because it means that the investing parties, upon completing all due diligence, go back home to their office and have a conversation, the upshot of which is an increase in how much money they want to put in the hands of the company. You can imagine this yourself with a stock purchase: you buy some shares after doing some research. And then you have a little time and space to think about it, and you feel compelled to buy more.
We like to see this. So did the market: shares took off on Monday, ripping about 25% higher.
At this time, carrying a capital value in the market of $115M, BLOZF has a store ($2.1M) of cash on the books, which must be weighed relative to virtually no total current liabilities. The company is pre-revenue at this point. We will update the story again soon as further details emerge. Sign-up for continuing coverage on shares of $BLOZF stock, as well as other hot stock picks, get our free newsletter today and get our next breakout pick!
Disclosure: we hold no position in $BLOZF, either long or short, and we have not been compensated for this article.