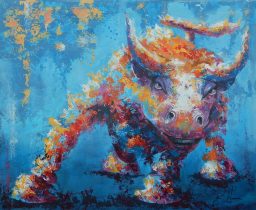 Polarityte Inc (NASDAQ:COOL) was a gaming stock awhile back called Majesco Entertainment but they recently pivoted what the company does, they announced the voting results from a special meeting held on March 10, 2017. COOL Shares reacted by rallying more than 400% with huge volume occurring at the top of the price range. This restructure of the share count was noted by traders and investors and really started back many month’s ago. They are in an exciting new field with plenty of credentialed leadership. But clearly for them it started with the shares.

Denver Lough, Chairman and Chief Executive Officer of Polarity, stated, “We are excited to announce the near 100% shareholder support of the Polarity merger. We look forward to closing this merger and focusing exclusively on building Polarity into its full potential and beyond. The stockholders approval marks a significant milestone for Polarity and is the culmination of an extraordinary effort put forth by countless individuals. I want to take this moment to thank the Majesco family, including the entire Board of Directors, with particular gratitude to former CEO and Chairman of the Board, Barry Honig, and former Majesco CFO, now current Polarity CFO and Director, John Stetson. Barry and John demonstrated the ability to immediately share the vision of Polarity in the pursuit of constructing this merger.”

Polarityte Inc (NASDAQ:COOL) has been making changes in it’s board and management team, and if you follow the dots it is a group of very qualified executives who understand how to position the company. They recently announced that Dr. Stephen Milner will join the company in a full-time capacity as Chief Clinical Officer following his resignation from Johns Hopkins as Professor of Plastic and Reconstructive Surgery and Pediatrics and Director of the Burn Center on March 30, 2017.

Find out when $COOL stock reaches critical levels. Subscribe to OracleDispatch.com Right Now by entering your Email in the box below.

As Chief Clinical Officer, Dr. Milner will utilize his extensive network of burn and wound care surgeons to expedite clinical adoption of the skin regeneration launch product of PolarityTE™, SkinTE™. He will devise a strategic roll-out to a select group of nationally recognized high volume burn centers upon market entry, as well as establish and design clinical trials and enhance the patient/physician experience and options within Polarity’s regenerative medicine technologies.

Denver Lough, Chairman and Chief Executive Officer of Polarity, stated, “It is with sincere excitement that we at Polarity announce the appointment of Dr. Stephen Milner as Chief Clinical Officer as he takes on a full-time role in the company after being recruited from his esteemed role as the Director of The Johns Hopkins Burn Center. Dr. Milner’s experiences, knowledge and resumé are second to none within the field of burn and wound care surgery, and we know that he will play a vital role in bringing our regenerative technologies to burn and wound patients throughout the US and world. Just imagine the potential of PolarityTE™ when such a prominent leader in the field leaves the height of clinical practice to pursue the development and clinical application of our regenerative medicine platform.”

Dr. Stephen Milner described his motivation for making the leap to his new appointment, “I am honored to join the Polarity team and dedicate every effort to bringing this revolutionary skin regeneration technology to patients and physicians. Having seen the limitations of current treatments and technologies throughout my career, I believe Polarity has the answer we’ve all been waiting for.”

PolarityTE™, Inc. is the owner of a novel regenerative medicine and tissue engineering platform developed and patented by Denver Lough MD, PhD. This radical and proprietary technology employs a patients’ own cells for the healing of full-thickness functionally-polarized tissues. If clinically successful, the PolarityTE™ platform will be able to provide medical professionals with a truly new paradigm in wound healing and reconstructive surgery by utilizing a patient’s own tissue substrates for the regeneration of skin, bone, muscle, cartilage, fat, blood vessels and nerves. It is because PolarityTE™ uses a natural and biologically sound platform technology, which is readily adaptable to a wide spectrum of organ and tissue systems, that the company and its world-renowned clinical advisory board, are poised to drastically change the field and future of translational regenerative medicine.

Share holders who stuck with the old Majesco and allowed management to position the company have been rewarded with a nice rally in 2017.  This is certainly a stock to watch and follow along as PolarityTE (NASDAQ:COOL) completes it’s pivot. For more news on $COOL and other fast-moving penny stocks, please subscribe to OracleDispatch.com below.