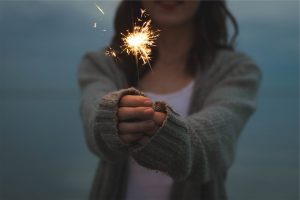 Plug Power Inc (NASDAQ:PLUG) popped recently after news emerged that it has revised its deal with Walmart to include more favorable refinancing terms. This news was clearly welcome after a long period of sideways consolidation since gapping up 61.5% after its $600 million deal with Amazon. PLUG’s price jumped 15% but consolidated slightly. However, it is still looking strong closing yesterday at $2.37 and around 5% off its 52-week high.
PLUG continues to cement its position as a leading hydrogen and fuel cell technology producer with its new and improved deal with Walmart. The company’s full service GenKey solution which is designed to increase productivity, lower operating costs and reduce carbon footprints in a reliable, cost-effective way has been received well in the industry. The purpose of this is to power, fuel and serve their customers by replacing lead acid batteries with their high calibre hydrogen and fuel cell products, PLUG services electrical industrial vehicles such as fork lift trucks and also have a presence in the on road electric vehicle market. The new agreement includes revisions that will enable PLUG to finance its projects at a lower cost of capital and free up cash to ensure their distribution transactions with Walmart in the future are cash flow positive upfront.
Plug Power Inc (NASDAQ:PLUG) expects to generate approximately $80 million in revenue through providing Genkey hydrogen fueling stations and cell energy solutions for up to 30 additional Walmart sites based in North America. Ten of these sites are already work in progress and expected to be finished by the end of the year. This is excellent news for PLUG which has struggled in the past due to the conditions agreed in the previous deal with Walmart. It will allow them to continue deploying new Walmart sites. The rate stands at a new Walmart site deployed every 6 weeks since 2014 and 5500 fuel cells have been deployed at 22 Walmart distribution centers in the U.S so far.
Find out when $PLUG stock reaches critical levels. Subscribe to OracleDispatch.com Right Now by entering your Email in the box below.

CEO Andy Marsh stated:
“Our expanding relationship with Walmart validates Plug Power’s advanced capabilities in fuel cell products and systems, allowing the world’s largest retailer to maintain its leading position as an industry innovator,” said. “Walmart’s long-term supply agreement is a great example of our strategy in action, as it enables us to improve both our revenue visibility and cost structure, all while allowing our customers to experience improved productivity and operational cost savings. We see a growing market opportunity for our power and fueling station technologies within the material handling segment, as well as new mobility applications worldwide, positioning us for long-term success and shareholder value creation.”
Investors will be excited about these new revised terms, since the deal is very similar to the Amazon deal agreed upon just a few months ago. The difference is that the initial warrants provided have an exercise price of $2.12 per share, whereas the Amazon deal was $1.18,  but we have to take into account that the share price has risen by around $1 between the two deals.
Although the company is yet to make a profit, there is a lot to be optimistic about because it is in both Walmart’s and Amazon’s best interest for Plug Power Inc (NASDAQ:PLUG) to succeed. PLUG is carrying a $514.39M market cap with 223.54M shares outstanding. The longer term outlook looks very bullish as revenues are expected to increase substantially from these deals. Plus, there is possibility of more client onboarding due to being associated with such high profile companies. For more updates on Plug Power Inc and other fast-moving penny stocks, please subscribe to OracleDispatch.com below.
Disclosure: we hold no position in $PLUG, either long or short, and we have not been compensated for this article.