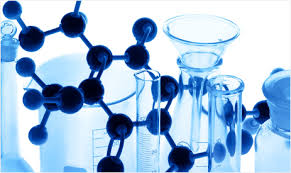 Galectin Therapeutics Inc (NASDAQ:GALT) is a stock in play on the non-alcoholic steatohepatitis (NASH)/liver disease theme that’s been advancing nicely on the strength of Valeant’s 498% premium takeout of TBRA. The basic idea here is that demand for the fatty tissue liver disease is going to be monstrous in coming years. Valeant is in the business of understanding where premium pricing will be available. The massive premium paid for TBRA is an indication of the potential performance for drugs in the space.

The move has GALT investors fired up, with the stock up 56% in the past week. Market participants may want to pay close attention to this story as GALT has a relatively tight float (22.6 mln shares), with a million shares held short before this week, and a central part to play in this ‘NASH’ drama. Under those conditions, the massive 800% jump in average daily volume can have some brutal consequences for those shorts.

Galectin Therapeutics Inc (NASDAQ:GALT) bills itself as a clinical stage biopharmaceutical company that engages in the research and development of therapies for fibrotic disease and cancer.

The Company’s lead product candidate includes galectin-3 inhibitor (GR-MD-02), a galactoarabino-rhamnogalacturonan polysaccharide polymer for the treatment of liver fibrosis and liver cirrhosis in non-alcoholic steatohepatitis (NASH) patients, as well as for the treatment of cancer.

The company, through its collaborative joint venture, Galectin Sciences, LLC with SBH Sciences, Inc., is also involved in the research and development of small organic molecule inhibitors of galectin-3 for oral administration.

Find out when GALT reaches critical levels. Subscribe to OracleDispatch.com Right Now by entering your Email in the box below.

Moreover, GALT is developing promising therapies for the treatment of fibrotic liver disease and cancer based on the Company’s unique understanding of galectin proteins, which are key mediators of biologic function. Galectin seeks to leverage extensive scientific and development expertise as well as established relationships with external sources to achieve cost-effective and efficient development.

“A drug that can halt progression of, or reverse existing fibrosis, in NASH cirrhosis patients would be a welcome therapeutic intervention that may prevent complications, alleviate the need for liver transplant, and prevent death. While progression to cirrhosis in NASH is not common, the enormous number of people with fatty liver disease globally suggests that nearly 20 million people currently with fatty liver disease across the world may die of their disease.”

H.C. Wainwright analyst Ed Arce made a recent bold ‘pound the table’ long side call on TBRA based on his evaluation of the likelihood that its main NASH drug was heading for eventual commercialization despite a few hiccups in a recent trial. That  call paid off in spades on the VRX takeout bid this week. So, according to Wall Street rules, Ed now has the mic on NASH drugs.

And he pointed to GALT right away — in an interview with StreetInsider after news of the TBRA takeout, Mr. Arce said he likes other players in the NASH space, specifically GALT, with top-line data from a mid-stage study of NASH candidate GR-MD-02 due this month.

Given the capital intensiveness of the drug development process, this ‘fortress’ balance sheet scenario is extremely important. GALT has a significant $18.00M store of cash in the coffers, which stands against a very manageable $3.6M of total accumulated debt. The Company is starting phase 2 trials in its NASH drug program, which is usually when either the project becomes established and firmly on track for eventual commercial value or the ground falls out from under foot. In this case, the current valuation hinges overwhelmingly on that fork in the road. We’ll update the situation as soon as we gain further perspective. To get the full story on GALT subscribe below to Oracle Dispatch right now.