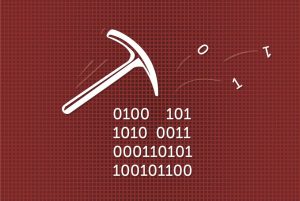 Hive represents one of the companies coming out of nowhere to cash in on the bitcoin craze. While many of the companies are taking part in this craze are small, PRELF is not. The company is well capitalized and has solid business going in the space.
Harry Pokrandt, CEO and President of HIVE stated “With the help of Genesis, Swedenrepresents the next stage of growth for HIVE as we continue to build our portfolio of mining facilities.  HIVE is acquiring a facility in a politically stable country with access to excellent infrastructure and complements our existing facilities in Iceland.  We will continue to evaluate other opportunities to ensure we provide our shareholders the best exposure to the blockchain and cryptocurrency.”
At this time, carrying a capital value in the market of $617.94M, PRELF represents an interesting play in the crypto space and could be hanging around for some time here. We will be updating readers with more news as the situation takes shape. Sign-up for continuing coverage on shares of $PRELF stock, as well as other hot stock picks, get our free newsletter today and get our next breakout pick!
Disclosure: we hold no position in $PRELF, either long or short, and we have not been compensated for this article.