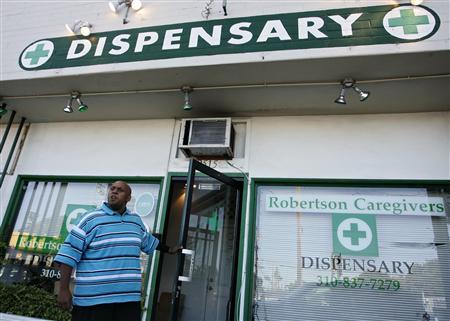 MENTOR CAPITAL INC COM NPV (OTCMKTS:MNTR) is a stock that’s been powering in a rip that has its roots in a September 22 announcement that the Company signed GreenVision Systems, an Emerging Puerto Rico Medical Cannabis and Hemp Farming Company, as a key client for advisory services.

We’ve witnessed in excess of 230% tacked on to share pricing for the listing in the past week, but this action is running counter to the larger trend in the name. However, MNTR is a stock who’s past is littered with sudden rips. Moreover, the name has benefited from a jump in recent trading volume to the tune of nearly 750% over the long run average. This should not be overlooked given the stock’s tight trading float of under 12M shares.

MENTOR CAPITAL INC COM NPV (OTCMKTS:MNTR) trumpets itself as a private equity firm specializing in acquisitions. The firm provides passive equity funding and liquidity to smaller companies and owners in the medical, marijuana and social use cannabis companies.

Mentor Capital, Inc. was founded in 1985 and is based in Ramona, California.

MNTR seeks to come alongside and assist private medical marijuana and cannabis companies and their founders in meeting their liquidity and financial objectives, to add protection for investors and to help incubate private cannabis companies.

Find out when $MNTR reaches critical levels. Subscribe to OracleDispatch.com Right Now by entering your Email in the box below.

Mentor Capital, Inc., which reincorporated under the laws of the State of Delaware in late 2015, was founded as an investment partnership in Silicon Valley, California by the current CEO in 1985. On June 30, 2015, a vote of the holders of a majority of outstanding shares entitled to vote approved an Agreement and Plan of Merger providing for the merger of Mentor with Mentor Delaware and in which Mentor Delaware was the surviving entity. The merger was approved by the California and Delaware Secretaries of State, and became effective September 24, 2015, thereby establishing Mentor as a Delaware corporation.

In 2009, the Company began focusing its investing activities in leading edge cancer companies. In 2012, in response to government limitations on reimbursement for highly technical and expensive cancer treatments and a resulting business decline in the cancer development sector, the Company decided to exit that space. In the summer of 2013 the Company was asked to consider investing in a cancer related project with a medical marijuana focus. On August 29, 2013, the Company made a decision to divest of its cancer assets and focus future investments in the cannabis and medical marijuana sector.

On February 18, 2014, the Company signed an agreement to purchase a 51% interest in MicroCannaBiz, LLC for $200,000. MCB is a Limited Liability Company organized in Florida in January 2014 which began operations in June 2014. MCB provides cannabis and marijuana related private companies, investors and microcap issuers with information resources including client company specific publications, directories, and continuing education courses. On April 27, 2015, Mentor converted its equity contribution of $74,000 to a ten year note receivable from MCB and MCB’s remaining member as provided in the funding agreement. The Company was not successful in collecting on the note receivable and after consultation with collection attorneys, the note was impaired in its entirety in November 2015.

On April 18, 2016, the Company formed Mentor IP, LLC, a South Dakota limited liability company and wholly owned subsidiary of Mentor. MCIP was formed to invest in intellectual property and specifically to hold the investment in patent rights obtained on April 4, 2016 when Mentor Capital, Inc. entered into an agreement with R. Larson and Larson Capital to seek and secure the benefits of mutual effort directed toward the capture of license fees from domestic and foreign THC and CBD cannabis vape patents.

StereoVision Entertainment Inc., a publicly traded Nevada corporation, announced on September 22 that their jointly owned subsidiary GreenVision Systems, a Puerto Rico medical cannabis company, had signed Mentor Capital, Inc. to advise on financing and optimizing GreenVision’s rapid growth in Puerto Rico’s emerging medical cannabis market. GreenVision is financing its start-up with a convertible debenture for StereoVision’s publicly traded stock. This first round will be directed to licensing costs for cannabis cultivation, manufacturing, and transportation in Puerto Rico, and GreenVision’s filing an S-1 registration statement with the SEC.

This finally grants direct exposure to the marijuana boom for MNTR.

Currently trading at a market capitalization of $14.6M, MNTR has a decent store ($168.85k) of cash on the books, in a pool of total assets above $4.2M, which is balanced by a very manageable $124.8k in accumulated debt. The Company is making real money, with trailing revs already coming in at $2.67M. Growth on the top line came in at 6% at last reporting. This is an exciting story in the micro-cap world and we will continue to follow it closely. For continuing coverage on $MNTR and our other hot stock picks, sign up for our free newsletter today and get our next hot stock pick!