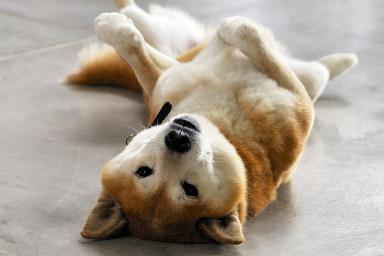 Pharmacyte Biotech Inc (OTCMKTS:PMCB) is a penny play in the biotech space that has started to find some striking momentum in recent weeks as the pieces come together for the company and its long-suffering stakeholders. We looked at this story a few times in recent months, and maintained a mostly positive view, getting very bullish on the name a few weeks ago as the tide of the news changed. The stock is up another 33% since we last covered it.

Pharmacyte Biotech Inc (OTCMKTS:PMCB) frames itself as a clinical stage biotechnology company that focuses on developing and commercializing treatments for cancer and diabetes based upon a proprietary cellulose-based live cell encapsulation technology, known as Cell-in-a-Box. Its Cell-in-a-Box technology would be used as a platform to treat various types of cancer, including advanced and inoperable pancreatic cancer, and diabetes.

The company is developing therapies for pancreatic and other solid cancerous tumors involving the encapsulation of live cells placed in the body to enable the delivery of cancer-killing drugs at the source of the cancer.

It is also developing a therapy for Type 1 diabetes and insulin-dependent Type 2 diabetes; and examining the benefits of the Cell-in-a-Box technology to develop therapies for cancer based upon the constituents of the Cannabis plant.

Find out when $PMCB stock reaches critical levels. Subscribe to OracleDispatch.com Right Now by entering your Email in the box below.

The company’s new package, according to the recent release, provides the FDA with a full history of PharmaCyte’s therapy, including information on the previous preclinical studies and the clinical trials that were performed using the Cell-in-a-Box® live-cell encapsulation technology combined with low doses of the chemotherapy drug ifosfamide. That combination makes up PharmaCyte’s pancreatic cancer therapy. The package also provides detailed information on the manufacturing process used to produce the Cell-in-a-Box® capsules and a synopsis of the structure of the clinical trial that PharmaCyte plans to conduct in the U.S. and Europe in patients with inoperable LAPC.

The FDA’s response to the pre-IND submission will be provided after the pre-IND meeting. The regulatory agency’s response will serve as a roadmap in guiding PharmaCyte as it prepares the full IND application that must be deemed acceptable to the FDA before the clinical trial can begin.

PharmaCyte’s Chief Executive Officer, Kenneth L. Waggoner, commented, “The submission of the pre-IND package is yet another major step that PharmaCyte has completed in its efforts to develop its pancreatic cancer therapy. We are looking forward to the pre-IND meeting and the FDA’s guidance as we prepare for our clinical trial in patients with inoperable LAPC where there is an unmet medical need we plan to address.”

Traders will note just under 230% during the past month in terms of shareholder gains in the name. This is emblematic of the stock. Pharmacyte Biotech Inc has a track record that includes a number of dramatic bounces. What’s more, the listing has seen interest climb, with an increase in recent trading volume of just under 240% over what the stock has registered over the longer term.

Earning a current market cap value of $129.2M, Pharmacyte Biotech Inc has a decent store ($1.55M) of cash on the books, which compares with an extremely limited amount of total accumulated debt. PMCB is a pre-revenue a name with an excellent balance sheet for a company heading into drug development testing. This is an exciting story, and we look forward to a follow-up chapter as events transpire. For continuing coverage on shares of $PMCB stock, as well as our other hot stock picks, sign up for our free newsletter today and get our next hot stock pick!