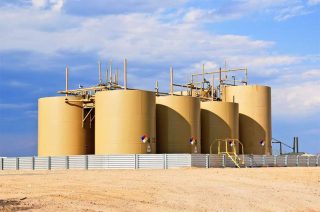 PetroGas Co (OTCMKTS:PTCO) is a micro-cap stock in the energy space that exploded higher on Thursday ostensibly in response to the acquisition of a number of new oil and gas leases in Texas and Ohio in recent days. If this was indeed the catalyst that “explains” the movement, then it was quite a good investment: the company’s market cap increased by over $10 million as a function of a minimal capital outlay. We would caution on the basis that the trading book for these shares has been thin on the tape. But this is still a very interesting situation given recent action, which has been explosive.

Traders will note nearly 200% piled on for shareholders of the name during just the past week, a bounce that has taken root amid largely bearish action over the larger time frame. Furthermore, the listing has benefitted from a jump in recent trading volume to the tune of just shy of 7900% over the long run average. This is particularly important with a float in play that’s tight — under 28M shares. It’s something the veterans know to key on: ramping trading activity can overwhelm available supply in a stock with this type of small float, leading to an upward burst in prices.

PetroGas Co (OTCMKTS:PTCO) trumpets itself as a company that operates in the oil and gas industry. It has a total of 7 wells in Rogers and Burns leases covering an area of 714 acres located in Frio and Atascosa counties, Texas.

According to company materials, “Petrogas Company, Inc. is an oil and gas exploration and production company focused on the acquisition of properties in areas with significant oil reserves and drilling potential. The Company’s growth strategy includes the acquisition of oil fields from distressed third parties at a substantial discount to value, and development of fields whose potential has not been fully maximized.”

Find out when PTCO stock reaches critical levels. Subscribe to OracleDispatch.com Right Now by entering your Email in the box below.

As noted above, the company just announced that it has acquired a fractional interest in four oil and gas wells located in Roberts County, Texas, among other moves.

According to the release, the wells produced a combined daily average of 2,571 MCF of gas and 131 barrels of oil for the 6-month period ending in May. The wells are operated by Unit Petroleum Company of Tulsa, Oklahoma and BP America. Investors may refer to the company’s 8-k filing with the SEC for additional details regarding the acquisition.

“We are pleased to close on this acquisition to take full advantage of the increasing oil and gas prices,” commented Mr. Huang, CEO of Petrogas Company. “We are optimistic that they will continue to rebound and provide opportunities to increase production. Oil prices are currently at their highest level in more than a year.”

This is what one might call a “Burst of activity”. And it comes somewhat out of the blue. Given the recent jump in pricing for energy commodities, the economics of production have shifted, which may explain why these deals suddenly look like an attractive application of cash.

Earning a current market cap value of $21.4M, PTCO has virtually no cash on the books, which compares with an appreciable load ($167.31k) of total accumulated debt.

This is a pre-revenue company, but the recent string of 8k’s focused on production lease acquisitions suggests that is about to change. With a small float, a thin tape, and a surprise set of filings, it’s not surprising to see the stock on the move higher. It will be telling to see if and when insiders move in to set up a monetization shop on the offer. We will update the story again soon as further details emerge. For continuing coverage on shares of $PTCO stock, as well as our other hot stock picks, sign up for our free newsletter today and get our next hot stock pick!