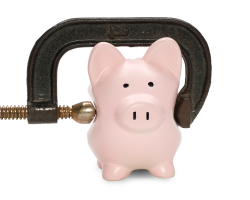 Peabody Energy Corporation (OTCMKTS:BTUUQ) is in the process of emerging from Chapter 11 as one of the world’s biggest producers of coal, and the largest in the US. The company has been extremely consistent in standing behind a plan of reorganization that commits to an absence of any hope whatsoever for recovery of common share values. That means BTUUQ shares are essentially worth $0/share. Period. The only way that is not true is if the bankruptcy court’s acceptance of the plan were put into question. Well, in fact it was (as reported on Feb 6th), but the manner of the appeal should not end up having any real impact on the ruling where common shares are concerned. Or would it?

If I were to stretch for a reason there, it would be something about the sharp rise in coal prices, or the potential for coal to keep rising. At a point, one might conjecture, if the price of coal rises enough, a judge will look at the situation and see that the company is no longer insolvent, naturally, because its in the ground assets have surpassed its debts, and the regulatory cost of production is set to be less inhibitory to profitability. At this point, that seems very unlikely, however, as we will see below, there are ways to understand what happened in this stock to close out the week. But first, let’s take a closer look at this entity.

Find out when BTUUQ shares reach critical levels. Subscribe to OracleDispatch.com Right Now by entering your Email in the box below.

As noted above, the stock took off to close out the week despite it being basically written in stone that BTUUQ shares will canceled for nada-zip/share. If you want a catalyst to put that thesis in at least a shadow of a doubt, we have one.

It just so happens that, on Thursday, President Trump signed a bill to repeal coal regulations. At the same time, headlines speculated China might consider coal mining limits. The combination should be clear: the forward extrapolation is a combination of higher coal prices and lower coal mining costs.

Will this result in a rethinking of the reorganization plan? It’s extremely doubtful. However, if you are a large arb fund and you have taken the story on in a portfolio as a short, you may be up some serious dough at this point, with only a couple bucks to go to $0. Why risk getting blown up by politics? I think you cover. I think they did. I would, too.

As far as the straight dope on the action, we’ve witnessed 30% tacked on to share pricing for the stock in the past month, a bounce that has taken root amid largely bearish action over the larger time frame. What’s more, the name has witnessed a pop in interest, as transaction volume levels have recently pushed 50% beyond what we have been seeing over the larger time frame.

For the record, here is what BTUUQ said about the common as the last main point of record: “Attempts by parties to appoint an equity committee have generated media reports based on inaccuracies and speculation raised by those parties…. Reflecting that business plan, the company filed a plan of reorganization in December that represented broad consensus among stakeholders, and that consensus has grown in recent weeks. The plan of reorganization provides for only partial recoveries for unsecured claims, which by law means that shareholders will not receive a recovery.” For continuing coverage on BTUUQ shares, as well as our other hot stock picks, sign up for our free newsletter today and get our next hot stock pick!