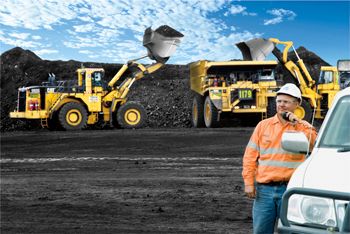 Peabody Energy Corporation (OTCMKTS:BTUUQ) is a stock that’s been flirting with a comeback in recent weeks as commodities prices have firmed up and delivered hope to a downtrodden market segment. Coal has been one of the most downtrodden for the past several years, a trend that has deeper roots than just the commodities bear market in place since mid-2014. Coal was an agenda point for environmental concerns because, well, because thermal coal is irredeemably bad for the environment.

Switching from a coal-based power grid in all areas is a process that has begun and will likely fully run its course over time. It’s replacement at this stage is a combination of cheap natural gas and augmentation by sustainable sources like wind, solar, and hydroelectric. However, coal is also integral to the steel industry. Metallurgical, or coking, coal is still very much a part of the picture. Both of these lines of interest have been impacted by Donald Trump’s presidential victory in a strongly positive direction for coal.

Find out when $BTUUQ stock reaches critical levels. Subscribe to OracleDispatch.com Right Now by entering your Email in the box below.

One of the most important emerging trends to appreciate – and one that will guide our analysis at Oracle Dispatch in coming months – is the strong likelihood of a clear and direct path to a fiscal-stimulus-based economic policy that will center around infrastructure repair and rebuilding. That means bridges, roadways, hospitals, airports, and the power grid itself.

This is likely to be the cornerstone of the Trump administration next year. As a result, his election has sparked a major capital rotation into the biggest beneficiaries of such a process.

As a metallurgical coal player, BTUUQ is right at the center of this dynamic.

We’ve witnessed in excess of 690% added to share values of the name over the past month of action. The situation may be worth watching. BTUUQ has evidenced sudden upward volatility on many prior occasions. What’s more, the company has benefitted from a jump in recent trading volume to the tune of topping 270% beyond its prior sustained average level Traders should note this as important due to the tight float size in the stock (barely over 17M shares). As savvy traders are well aware, with such a tight trading float, this kind of ramping interest can force a supply-shock squeeze.

Earning a current market cap value of $237M, BTUUQ is still navigating a very uncertain path. However, signs that Trump’s agenda will be embraced by a republican-controlled congress will likely add fuel to the fire as investors scramble for exposure. Coal plays will fare well. But we would bet that thermal-only coal plays will not fare as strongly given that natural gas remains in a supply glut and Trump has also been an advocate of fracking practices, which ensure more cheap natural gas for a long time to come. As long as this company maintains its focus on its met coal segment, there will probably be more good news to report at the time of our next update. For continuing coverage on shares of $BTUUQ stock, as well as our other hot stock picks, sign up for our free newsletter today and get our next hot stock pick!