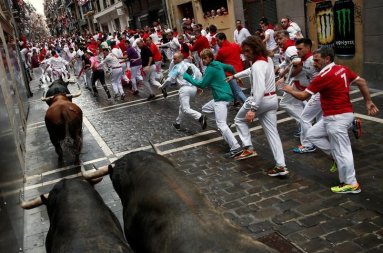 Peabody Energy Corporation (OTCMKTS:BTUUQ) has headed into full parabolic mode as traders watch the Chapter 11 coal producer’s bonds get bought in a panic despite no clear news from the bankruptcy court. As of midday today, the company’s 6.5% September 2020 bonds were up over 2700% from their levels near the lows in February. In addition, the cost to borrow for shorts came into the session at nosebleed levels, suggesting the fade was crowded in response to the prior rally – a situation we would imagine has rather neatly sorted itself out.

When we last looked at this stock, we said, “Could the market get caught by surprise and some value re-emerge in the legacy equity? Both commodity markets and legislative factors are highly unpredictable. It’s a long shot, but we will keep an eye on the situation.” Since then, we’ve witnessed a bit less than 340% in common shareholder upside.

Find out when $BTUUQ reaches critical levels. Subscribe to OracleDispatch.com Right Now by entering your Email in the box below.

The current launch was sparked by something that has echoed some of the other monster BK rallies we’ve been seeing: More time.

On 10/11, the company announced that it had obtained approval from required debtor-in-possession lenders to amend several milestones related to the time for a decision on what is known as the CNTA issue; the company’s deadline for filing of a plan of reorganization/disclosure statement; and the date targeted for court approval of the disclosure statement.

In addition, the company also received DIP lender consent to an amendment to the interco loan facility related to the Australian platform that allows for the potential sale of some Australian assets. Peabody has stated that its Australian metallurgical and thermal coal platforms remain core to the co, though Peabody is exploring potential sale of selected Australia assets as part of its ongoing plan to optimize its portfolio.

“The extension approval recognizes the constructive discussions that have been occurring as part of the Chapter 11 process. The co now will file a related submission for court approval. If granted, the extensions will take the CNTA-decision deadline and the deadline to file an acceptable plan of reorganization/disclosure statement to Nov. 23 and Dec. 14, respectively, from the original DIP financing deadlines of Oct. 11 and Nov. 9. The co would also modify the related deadline for receiving court approval for the disclosure statement to Jan. 31, 2017 from its original date of Jan. 8, 2017.”

At this time, carrying a capital value in the market of $116M, BTUUQ is navigating the twists and turns of Chapter 11 reorganization, and every step will be unpredictable. But they have clearly handled things well thus far, and have been rewarded by reformed sentiment on future commodity pricing and regulations, and a concomitant adjustment in bets against the common stock. The situation may continue to be worth watching. The listing has benefited from a jump in recent trading volume to the tune of nearly 640% beyond the larger time frame average. Traders should note this as important given the stock’s relatively small trading float of about 18M shares. A massive squeeze has taken place. But that doesn’t mean there isn’t more vulnerability on that side of the equation. For continuing coverage on shares of $BTUUQ stock, as well as our other hot stock picks, sign up for our free newsletter today and get our next hot stock pick!