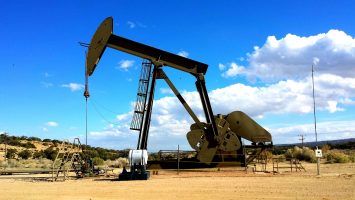 Paradigm Oil and Gas Inc (OTCMKTS:PDGO) has been on a steady climb over the month. The stock is up 800% since last month and prior to this recent rise was dormant. Volume has reached over 300 million shares a day and this volatility many believe is due to some imminent news on the horizon.
Paradigm Enterprises, Inc. is a company in the business to engage in the acquisition, exploration, and development of oil and gas properties.  According to company materials, Paradigm is a growing oil and gas producer, currently holding 30 leases with nearly 300 wells. Paradigm has secured and is aggressively pursuing additional land options that will significantly increase its oil and gas production capabilities. The company has been around since 2002 and went public after a reverse merger in 2010. The last official press releases from PDGO are from 2014 and the rest of their news is disseminated from social media rumors from possible shareholders.
Paradigm Oil and Gas Inc (OTCMKTS:PDGO) jump is probably because of an upcoming merger. There was a rumor floating around on Twitter that NIRA Petroleum will be the buyer and change the ticker.
You can find out when $PDGO stock reaches critical levels. Subscribe to OracleDispatch.com Right Now by entering your Email in the box below.

Here is an estimated breakdown of PDGO’s financials:

The last news the company put out was about its barrel production levels back in 2014, here was the news:
“Paradigm provided insight into the achievement by releasing the following summary of August and September, 2014 oil production: Perry – 138/142, Adobe – 320/260, Miller – 330/310, Clements – 230/250, Lucy Lee – 260/260, Mina Travis – 320/260, Roberts – 60/51, Summers – 72/60. Paradigm will file official accounting with regulatory commissions in Texas and Louisiana later this week. Oil production reports can be verified via state agency web site.
Vince Vellardita, CEO of Paradigm Oil and Gas, stated, ‘1,500.00 barrels from 8 wells in two months is quite an achievement, but it’s just the beginning. We expect to have a total of 17 producing by November, conservatively increasing current oil production by 40-50 percent.'”
Paradigm Oil and Gas Inc (OTCMKTS:PDGO) is carrying a $744k marketcap with 354.37M shares outstanding. The company was basic a ghost for three years, so something is happening behind the scenes and we expect some news this week. The most likely scenario is a buyout by a larger oil company. However, the source on this information is a rumor on Twitter. That does not necessarily mean it is untrue, but it just means to take it for what it is. We will be updating you as soon as we start to see the news take shape here. For continuing coverage on shares of $PDGO stock, as well as our other hot stock picks, sign up for our free newsletter today and get our next hot stock pick!