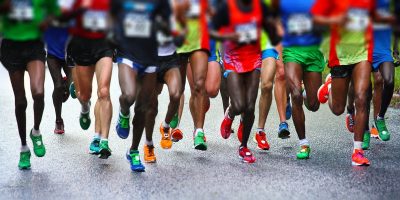 As noted above, OXIS shares have been on fire of late, with the stock’s latest breakout higher fueled by news that 4 patients have now been enrolled in the company’s phase 2 FDA trial for the OXS 1550 cancer asset.
According to the release, the Phase 1 trial of OXS-1550 was completed earlier this year to determine the safe and effective dose of the drug. The Phase 2 portion of the trial began in April and a total of 12 patients are expected to participate. Results of the Phase 2 trial are expected to be released in the first quarter of 2018.
Anthony Cataldo, Executive Chairman of GT Biopharma, said the enrollment of four patients in the Phase 2 trial is a key step for the company and a milestone for the promising technology. “The product performed well in Phase 1 studies of blood cancers and we look forward to providing a targeted immunotherapy product that has the capability of treating a number of different liquid tumors,” Mr. Cataldo said.
We’ve witnessed 81% tacked on to share pricing for the name in the past week, a bounce that has taken root amid largely bearish action over the larger time frame. This is emblematic of the stock. OXIS has evidenced sudden upward volatility on many prior occasions. Furthermore, the name has seen an influx in interest of late, with the stock’s recent average trading volume running topping 140% over what the stock has registered over the longer term.
Currently trading at a market capitalization of $5.21M, OXIS has a bankroll ($235K) of cash on the books, which must be weighed relative to about $11.8M in total current liabilities. The company is pre-revenue at this point. As more color becomes clear on the name, we will review the situation and update our take. For additional coverage on shares of $OXIS stock, as well as our other hot stock picks, sign up for our free newsletter today and get our next breakout pick!
Disclosure: we hold no position in $OXIS, either long or short, and we have not been compensated for this article.