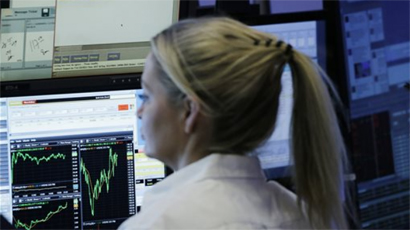 OWC Pharmaceutical Research Corp (OTCMKTS:OWCP) is a stock that’s been powering in an uptrend boosted by reports that the company has completed the development of a proprietary, cannabinoid-enriched sublingual tablet for the administration of medical cannabis. This places the company squarely in a speculative market leadership role in the medical cannabis space right in front of four major state propositions set for voting in a little over two weeks on the legality of medical cannabis treatments in the US.

The chart shows in excess of 3400% added to share values of the name over the past month of action, but that move comes in the context of a larger bearish trend. The situation may be worth watching. OWCP has evidenced sudden upward volatility on many prior occasions. In addition, the name has seen interest climb, with an increase in recent trading volume of over 10,000% over what the stock has registered longer term.

OWC Pharmaceutical Research Corp (OTCMKTS:OWCP) bills itself as a company that engages in the research and development of Cannabis-based medical products. The company provides medical products for the treatment of various medical conditions and/or diseases, such as multiple myeloma, psoriasis, PTSD, and migraines; and delivery systems. It also provides consulting services to companies and governmental agencies related to international medical cannabis protocols and regulations.

All OWC research is conducted at leading Israeli hospitals and scientific institutions, and led by internationally renowned investigators.

The Company’s Research Division is focused on pursuing clinical trials evaluating the effectiveness of cannabinoids in the treatment of various medical conditions, while its Consulting Division is dedicated to helping governments and companies navigate complex international cannabis regulatory frameworks.

Find out when $OWCP reaches critical levels. Subscribe to OracleDispatch.com Right Now by entering your Email in the box below.

To date, One World Cannabis has filed eight provisional patents with the United States Patent and Regulatory Office (USPTO), all related to its line of activity related to cannabis-based medical products. Assuming the successful completion of the clinical trials, of which there can be no assurance, the Company believes that it will be able to retain the intellectual rights and secure patent protections.

Some of that IP is related to the company’s development of a proprietary, cannabinoid-enriched sublingual tablet for the administration of medical cannabis, as noted above.

The Company is working towards having the Tablet approved by the Israeli Medicinal Cannabis Unit under the Ministry of Health office for use within the country’s sanctioned medical cannabis program, as well as talking with potential licensees of the technology in the United States.  Longer term, management expects to establish clinical tests of the Tablet in protocols for Multiple Myeloma, Post-Traumatic Stress Disorder (PTSD), and Fibromyalgia.

Development of the Tablet was overseen by the Company’s Director of Research and Regulatory Affairs, Dr. Yehuda Baruch, who established and served as the first Head of the Israeli Ministry of Health’s Medical Cannabis (Marijuana) Program from 2003 through 2013. During his tenure, Dr. Baruch treated more than 15,000 patients in Israel with cannabis.

As we noted last month, OWCP announced an agreement for $300,000 in project financing with Medmar LLC, according to which, the funds will be allocated to complete the development of the Company’s proprietary psoriasis cream, and Medmar ends up with exclusive rights to manufacture, produce, publicize, promote and market OWC’s Licensed Products in any state in the U.S. Investors will be pleased to know that the loan is non-interest bearing and will be repaid from royalties generated by the sale of OWC licensed products, more or less guaranteeing a very low-risk, low-dilution source of capital, particularly when paired with the Company’s low leverage fiscal bearing.

Steve Weinstein, CEO of Medmar said, “Medmar has been anxious to advance cannabis as medicine, however US regulation makes it very difficult for companies here to actively pursue any type of development in the sector; fortunately, the environment in Israel is more favorable to the industry.”

Earning a current market cap value of $15.3M, OWCP has a decent store ($162.28k) of cash on the books, alongside total assets greater than $200K, which must be weighed relative to an extremely limited amount of total accumulated debt. The stock has obviously been on fire. The main recent catalyst, aside from generally euphoric expectations about future legalization of cannabis in the US, was the announcement on October 20 on the development of the tablet. This will likely be a central story in the narrative of this trend in OWCP, and we will update again very soon as events dictate. For continuing coverage on shares of $OWCP stock, as well as our other hot stock picks, sign up for our free newsletter today and get our next hot stock pick!