ORGANIGRAM HLDGS I (OTCMKTS:OGRMF) May Have Big Things Coming 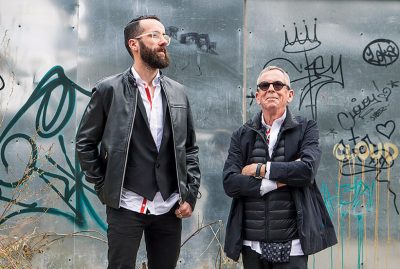 ORGANIGRAM HLDGS I (OTCMKTS:OGRMF) has been a leading momentum play in the Canadian cannabis production space. That said, the stock somehow seems to fly under the radar a bit among investors and traders. Part of this is rooted in the fact that the company has been much less active in its issuance of updates or press releases. However, the company is also running a much smaller operation than some of the more obvious names in the space.
We would also note that, according to its financial reports, Organigram is running at a far lower growth rate, with the top-line performance edging higher at just 6.1% on a quarterly year-over-year basis. The question from here is this: Is the company a sleeping giant once it manages to affect its global expansion strategy hinted last month?
ORGANIGRAM HLDGS I (OTCMKTS:OGRMF) trumpets itself as a company that produces and sells medical marijuana in Canada. The company was founded in 2013 and is based in Moncton, Canada.
According to company materials, OrganiGram Holdings Inc. is a TSX Venture Exchange listed company whose wholly owned subsidiary, OrganiGram Inc., is a licensed producer of medical marijuana in Canada. OrganiGram is focused on producing the highest quality, condition-specific medical marijuana for patients in Canada.
OGRMF’s facility is located in Moncton, New Brunswick and the Company is regulated by the Access to Cannabis for Medical Purposes Regulations.
According to company materials, “From the day we started back in 2013, it’s been about making lives better – for our clients, our people, and our community. We’re based in Moncton, New Brunswick, the heart of the Maritimes, but at OrganiGram Holdings we’re committed to improving the quality of life for Canadians across the country. For us, this means working with health-care providers and industry organizations, supporting research and education, and providing a safe, effective product. To be effective in that last goal, we made a decision to produce organic cannabis. Growing certified organic medical cannabis isn’t easy, in fact, most licensed producers won’t take this on. It means more care, more testing, more rules… but in the end, it means a product that we feel delivers on our goals in the best way. And improving the quality of life for Canadians is not just about getting safe, quality product to them effectively. It’s about creating jobs, being good neighbors and contributing to our community.”
Find out when $OGRMF reaches critical levels. Subscribe to OracleDispatch.com Right Now by entering your Email in the box below.

As noted above, we are interested here in this top performer mostly because it may be headed for even bigger things. While some might see it as overpriced given its strong action on the chart in combination with a lagging sales growth rate relative to its peers in the Canadian cannabis production patch, we would take a different view: shares are valued by the market where they are. If the company next starts to show an acceleration in its growth rate, we would expect that valuation to increase, all else equal.
Is there anything that suggests such an increase might be poised to happen on the road ahead for this company?
We think the company’s most recent press release may offer a perspective on this question: “As the global community becomes increasingly interested in cannabis, from both a medical and recreational point of view, Organigram is ready to explore international opportunities and develop positive, productive and profitable relationships around the world,” says Greg Engel, CEO, Organigram. “With the benefit of his experience and expertise, Larry is central to our efforts to identify these opportunities and introduce Organigram to the global stage.”
Investors may be wise to keep an eye out for something important from the company along the lines of a partnership, joint venture, or supply agreement that represents an international expansion of its sales footprint. We think this could end up being a spark for shares.
At this time, carrying a capital value in the market of $281M, OGRMF has a significant war chest ($2.7M) of cash on the books, which stands against about $371K in total current liabilities. One should also note that debt has been growing over recent quarters. OGRMF is pulling in trailing 12-month revenues of $5.4M. In addition, the company is seeing major top-line growth, with y/y quarterly revenues growing at 6.1%. We will update the story again soon as developments transpire. Sign-up for continuing coverage on shares of $OGRMF stock, as well as other hot stock picks, get our free newsletter today and get our next breakout pick!
Disclosure: we hold no position in $OGRMF, either long or short, and we have not been compensated for this article.