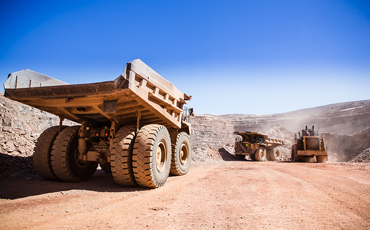 Golden Minerals Co (NYSEMKT:AUMN) is a mid-tier Mexican miner with high growth prospects. Mining companies worldwide are benefiting from rising prices for precious metals, and that’s leading to a real bounce for companies like Golden Minerals Co. (NYSEMKT: AUMN), which owns mining and exploration properties in both Mexico and Argentina.

Golden Minerals Co (NYSEMKT:AUMN) There appears to be further upside for the company’s stock, based on current evaluations of the company’s Mexican mining operations. There is one analyst following the stock with a “Buy” recommendation. The current price target for AUMN is $1.00, which means total upside could be as high as 25-30 percent over the next 12 months.

Colorado-based Golden Minerals is a mining company that owns the Velardena precious metals properties and associated oxide and sulfide processing plants (collectively known as the Velardena Properties) in the state of Durango, Mexico. In addition, within Mexico, the company owns a diversified portfolio of precious metals and mineral exploration projects.

You can find out when $AUMN stock reaches critical levels. Subscribe to OracleDispatch.com Right Now by entering your Email in the box below.

While Mexican gold and silver mining operations are the clear focus of the company, AUMN also owns the El Quevar advanced exploration properties in the province of Salta, Argentina. According to company management, AUMN is still looking for a partner to develop this property further.

So all eyes are on the Mexico mining operations. The overall strategy is to focus on mining properties – such as Santa Maria, Rodeo, Flechas and Zacatecas – that are within haulage distance of the Velardena processing facilities, including the Velardena sulfide mill. That gives the company a certain economy of scale, by concentrating its time and resources in this region. Santa Maria is of particular interest, given that 7,500 tons have been mined and processed there since 2015.

The operations of the other facilities are still much more in the early development stage. For example, in the case of Rodeo, the company has identified near surface gold deposits but core drilling only began there in June 2016. The company has an earn-in agreement for its Celaya property with Electrum Global Holdings.

In terms of the overall financial condition of the company, there are definitely positive signs. For example, the company has continually worked to create a debt-free balance sheet. Heading into 2Q 2016, the company had $0.96 million in debt. But now the total debt load is zero, as a result of a major creditor (Sentient Group) converting its remaining credit notes into common shares. As of July 2016, Sentient Group owned 46.8 percent of the company. By converting this debt into equity, AUMN can save money on principal and interest payments.

Heading into 2017, Golden Minerals looks to be in good financial condition. There’s now sufficient cash on hand to fund the company’s operations through 2017. And the company continues to pocket payments for the lease of its Mexican oxide plant.

The troublesome fact, though, is that the company’s net income continues to be in negative territory. In 2Q 2016, the company posted a net loss of $3.9 million on revenue of $1.6 million. The hope is that getting rid of debt on the balance sheet will have a huge impact on the company’s cash flow position and pave the way to profitability.

That sets the table for some potential big wins headed into 2017. With a stronger financial position, AUMN will be optimally positioned to develop further its mining and exploration properties and benefit from rising prices for gold and silver.

As a final note; If the Argentine mine property eventually goes into production, it could be another incremental source of revenue for the company. As of November 2, shares of the company were up 264.82 percent YTD. It’s been an impressive ride, and one that could become even more exciting if the company hits its near-term price target of $1.00. For more news on Golden Minerals Co. and other fast-moving penny stocks, please subscribe to OracleDispatch.com now.