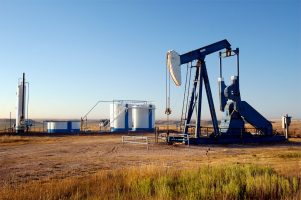 Petroteq Energy Inc (OTCMKTS:PQEFF) has been on the move in a big way over recent days, with shares ripping off the $1/share support level after a month of sideways rangebound action. The recent breakout takes the stock back above its key 50-day simple moving average on a major jump in average trading volume. The move appears to have been catalyzed by the company’s announcement that it has successfully completed testing of all major process systems at its heavy oil extraction facility in Asphalt Ridge, Utah.

According to the release, “further, the Company has initiated test runs of the utility system—among the final steps prior to launching commercial production.” We would also note that speculation in the oil space has been increasingly in focus so far in 2018. This is a heavy oil processing play, so it should see some clear interest in such an environment. We will dissect the latest announcement further, but let’s first take a broad view of the company for those who are unfamiliar with the name.

Petroteq Energy Inc (OTCMKTS:PQEFF) styles itself as a company that is engaged in the development and implementation of its proprietary environmentally friendly heavy oil processing and extraction technologies.

The proprietary process produces zero greenhouse gas, zero waste and requires no high temperatures. The Company is currently focused on developing its oil sands resources and expanding production capacity at its Facility at Asphalt Ridge, Utah.

The Company also (i) owns a minority stake in an exploration and production play located in southwest Texas held by Accord GR Energy Inc., (ii) has a joint venture with Recruiter.com and Oilprice.com that provides internet-based job placement and career services to the increasingly skilled and specialized energy sector, and (iii) is developing through PetroBloq an advanced blockchain solution for the energy industry, with a goal of optimizing petrochemical industry workflow processes.

According to company materials, “Petroteq is a fully integrated oil and gas company focused on the development and implementation of a new proprietary technology for oil extraction. The Company has an environmentally safe and sustainable technology for the extraction of heavy oils from oil sands, oil shale deposits and shallow oil deposits. Petroteq is engaged in the development and implementation of its patented environmentally friendly heavy oil processing and extraction technologies. Our proprietary process produces zero greenhouse gas, zero waste and requires no high temperatures. Petroteq is currently focused on developing its oil sands resources and expanding production capacity at its Asphalt Ridge heavy oil extraction facility located near Vernal, Utah. The Company also owns a minority stake in an exploration and production play located in southwest Texas held by Accord GR Energy Inc. In addition, the Company, through its wholly-owned subsidiary PetroBLOQ, LLC, is seeking to develop the first blockchain based platform created exclusively for the supply chain needs of the oil & gas sector.”

Find out when $PQEFF reaches critical levels. Subscribe to OracleDispatch.com Right Now by entering your Email in the box below.

“We are on the verge of beginning our production phase at Asphalt Ridge,” said Alex Blyumkin, CEO of Petroteq Energy. “We completed reassembly and testing of the major process systems successfully and are in the final stages of pre-production testing of the utility system, bringing us one step closer to commercial launch at a time when demand for our products is on the rise.”

According to the release, “a World Asphalt report from Freedonia Group, demand for asphalt (bitumen) in the US is forecast to rebound from the softness seen between 2005 and 2013, driven by stronger economic growth and increased residential construction activity as well as increased infrastructure spending at the federal, state and municipal level.”

Now commanding a market cap of $74.3M, PQEFF has a bankroll ($571K) of cash on the books, which must be weighed relative to about $3.7M in total current liabilities. The company is pre-revenue at this point. This is an exciting story, and we look forward to a follow-up chapter as events transpire. Sign-up for continuing coverage on shares of $PQEFF stock, as well as other hot stock picks, get our free newsletter today and get our next breakout pick!

Disclosure: we hold no position in $PQEFF, either long or short, and we have not been compensated for this article.