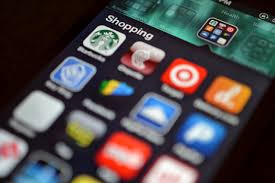 NXT-ID Inc. (NASDAQ: NXTD) has been on a roller coaster ride for the last two years. NXTD which is currently hovering around $3.64 at the close of September 20th after successfully completing its reverse split of 1-for-10 on September 9th. The stock has seen a major uptick and reached a 52-week high of $12.40 in January after it announced that it had entered into a definite agreement with Worldventures – a leading direct seller of vacation and entertainment club memberships. NXT-ID’s agreement to cater to more than 500,000 and growing customers base of Worldventures, through smart card being offered to each and every customer. The agreement was put in place to enable a stream of $2.5 million monthly inflow to be delivered from July to December 2016.
Up until November 2015, the stock was hovering around $6.00+, but has not seen those levels except a brief period between January 2016 and February 2016. Investors have been fleeing from the stock due to falling revenue and earnings in the past two-quarters. The stock has been struggling to move out from the band of $3-$6 for the last 6 months or so. The NXTD stock should benefit immensely from its Worldventures agreement as it will start adding to the top line of the company starting from the current quarter.

Find out when $NXTD reaches critical levels. Subscribe to OracleDispatch.com now by entering your Email in the box below

NXT-ID(NASDAQ: NXTD) initial focus was primarily to replace the wallets concepts through its path-breaking Wocket product, which replaces the number of cards customer carries in the pocket. It was invented to support all the payment methods currently available. The company is also focusing on a security surveillance system to target the armed forces in the United States. Through biometric solutions like MobileBio, NXT-ID is also focusing on capturing lion’s share in m-commerce market. NXT-ID is focusing on patenting its product to leverage the multi-billion-dollar credit card industry. The opportunity’s for the company are immense, with a mobile market growing by staggering 55% year on year, which will add about $50 billion to m-commerce transactions. The growing number of mobile phones and m-transactions have increased security risk, which NXT-ID is positioned to benefit from.
In July this year, the company completed the acquisition of LogicMark with $20M cash and about $900K in stock. The LogicMark had generated a revenue of USD 11.1 million and earnings of USD 2.1 M in FY2015. This will enhance the product portfolio from payment-focused organization to horizontal loT technology company to multi-market. LogicMark has developed a robust personal emergency service to have a 911 like communication for elderly and disabled individuals. LogicMark expects to continue its profitable path, with likely acceleration in 2017 through distribution enhancement and new distribution channel addition.
The advisory board members like Lawrence Flanagan with retail and card industry experience, and Bill Field with Walmart retail experience, will prove to be a catalyst for the expansion of the business. The potential acquisition will help the NXTD stock to move forward in times to come with additional revenue and earnings.
The upcoming holiday season is expected to augur well for Worldventures, and in turn to NXTD stock. It will add significant revenue in the current quarter and add substantially to the top line in the 4th quarter of this financial year. The partnership is going to exhibit new smart card in Money20/20, leading payments & fintech conference on October 23-26.
Innovation driven NXT-ID, with the partnership of Worldventures and acquisition of LogicMark, is positioning itself for an exponential rise in near future. The current NXTD stock prices do not reflect the true potential of the company, traders are wary of the outcome, but the development in 2016 for NXT-ID seems to have the company heading in the right direction.
On the back of the development of 2016, which should have a favorable impact on stock prices through improved sales and earnings, and will augur well in next financial year. The stock should get a solid boost as when it ties up with major retail chain for distribution of its LogicMark product portfolio. NXTD stock briefly moved to a $3.41 low after the reverse stock split and is now floating around $3.66 with a market cap of 24M. The downside to the stock appears limited, but has a huge potential upside. To get the full story on NXTD subscribe below to Oracle Dispatch right now.