Novavax, Inc. (NASDAQ:NVAX) is Having a Great Week 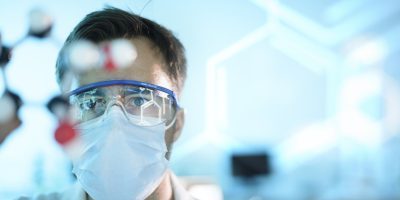 Novavax, Inc. (NASDAQ:NVAX) is trading slightly up today, but NVAX is having a great week and we need to take a closer look at why. After a one month period of consolidation, NVAX is continuing a rip upward in price that started on Monday this week. This recent price action is a continuation of a stellar year so far. The reason behind this was due to the company announcing it will host a conference call and webcast next week to announce results and topline data from its Phase 2 safety and immunogenicity trial of the RSV F Vaccine in adults aged 60 or above. The company will also disclose updates regarding its RSV Phase 3 clinical trial for infants via maternal immunization called Prepare, which has been developing significantly of late as well as an update on its prior Phase 2 and Phase 3 clinical trials in older adults.
Stanley C. Erck, President and CEO commented: “We continued to make significant progress in the execution of our two key clinical trials of our RSV F vaccine for both infant via maternal immunization and in older adults. We’ve also been in discussion with the FDA about conducting an informational analysis of the Prepare trial that would provide an indication of our vaccine’s potential efficacy. From these discussions, we believe we can conduct this analysis in late 2017. In addition, we are seeing the continued adoption and use of our proprietary adjuvant, Matrix-M, in a number of internal and partnered programs.”
Novavax, Inc. (NASDAQ:NVAX) has a lot of hype and hope surrounding the RSV F Vaccine because it is the leading candidate to be the first to succeed in preventing infections of this debilitating virus which is responsible for hospitalizing a large number of  seniors and infants every year. NVAX has been partially successful in previous studies but failed to reproduce these successes in larger studies which led to investors dumping the stock last year and early this year.
Find out when $NVAX stock reaches critical levels. Subscribe to OracleDispatch.com Right Now by entering your Email in the box below.

The spike in price this week could be classed as very speculative as no real data has emerged to signal that the RSV F vaccine is getting closer to being approved by the  Food and Drug administration, but a lot of people are betting on good news coming out which could lead to billions of dollars generated for the company further down the line. Having said this, there is a long way to go for the vaccine to be approved and it is not likely that the call will shed much light on whether this will happen or not. The Prepare clinical trial is still enrolling patients so will be a long time for any significant results to come from this trial, be prepared for a potential sell the news event.
Novavax is well positioned to push to new highs for the year, although it seems to be an all or nothing affair as is often the case with these biotechnology companies there is a lot to be bullish about.
The first quarter results were up compared to last year, NVAX reported a net loss of $43.9 million, or $0.16 per share, compared to a net loss of $77.3 million, or $0.29 per share, for the first quarter of 2016. The revenue in the first quarter of 2017 increased to  $5.7 million,  a 35% increase compared to the same period in 2016. Research and development expenses decreased 45% to $37.7 million in the first quarter of 2017, compared to $69.0 million for the same period in 2016. The decrease was primarily due to reduced costs associated with the clinical trials and development activities of their RSV F Vaccine and lower employee-related costs. Being a leader in your field is not always easy but if the FDA approve RSV F vaccine expect Novavax’s stock price to skyrocket to all time highs.  For continuing coverage on shares of Novavax stock, as well as our other breakout picks, sign up for our free newsletter today and get our next hot stock pick!
Disclosure: we hold no position in $NVAX, either long or short, and we have not been compensated for this article.