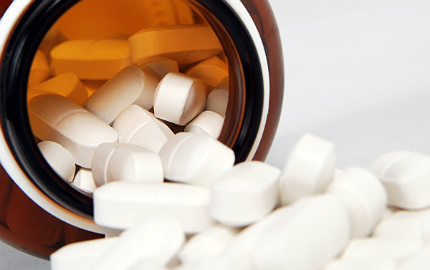 Nexus Biopharma Inc (OTCMKTS:NEXS) stock been moving lower of late, even though NEXS has been the focus of a aggressive stock promotion campaign by the Traders’ Choice Group. The campaign consists of a fervent investment of time, money, and energy to convince people to buy shares, including through such strategies as cold calling with brazen pitching.

We cautioned on this one last time, and that turned out to be good advice, as the stock has pulled back even in the face of these efforts. Importantly, the company has no cash and no sales and negative stockholders’ equity despite a current market cap of nearly $40 mln. All it really has going for it is a complex product pitch for a weight loss drug that has not, as of yet, been substantiated by any material data on humans or under regulated observation, as well as the efforts of those promoting it. That said, in the past, these campaigns have been highly successful for a period and this may well still have some upside out of this pullback before the inevitable.

Nexus Biopharma Inc (OTCMKTS:NEXS) trumpets itself as biotech based in Montclair, New Jersey that is developing “a revolutionary new weight loss drug that works by adjusting the body’s metabolism to increase the burning of fat by activating the AMPK metabolic pathway, the same pathway activated by intense physical exercise.”

The underlying biochemistry was described in an article in the journal Cell Metabolism by Claire C. Bastie, and Jeffrey E. Pessin, entitled “FYN-Dependent Regulation of Energy Expenditure and Body Weight Is Mediated by Tyrosine Phosphorylation of LKB1”. Cell Metab. 2010 Feb 3;11 :113-24.

According to their materials, “In completed pre-clinical trials of the pharmaceutical activation of this pathway, test subjects showed reduced fat mass with no loss of lean muscle mass, plus a higher rate of energy expenditure, increased insulin sensitivity, increased fatty acid oxidation, improved plasma and tissue triglyceride levels, with lower cholesterol. Upon translation of this pharmaceutical activation to humans, these effects are expected to have a significant impact on obesity and diabetes.”

Find out when $NEXS stock reaches critical levels. Subscribe to OracleDispatch.com Right Now by entering your Email in the box below.

One release that might bear positively on the story over time hit the newswires a few days ago, as the company announced a deal with TransChem, Inc. to license TransChem’s proprietary transition state chemistry technology for kinase inhibition.

Kinases are enzymes that regulate essential cellular processes. The U.S. Food and Drug Administration’s milestone approval in 2001 of the first kinase inhibitor , imatinib, was followed by a steady approval of kinase inhibitors over the next 10 years. To date, The FDA has approved 28 small-molecule kinase inhibitors, half of which were approved in the last 3 years.

Warren C. Lau, President and CEO of Nexus BioPharma, Inc. stated, “We are pleased to acquire this groundbreaking technology that will not only enable us to develop our second generation weight loss preparation but will make Nexus a major player in the development of safer and more effective kinase inhibitors for a wide variety of conditions in this rapidly growing sector of the pharmaceutical market.”

The overall kinase inhibitor market is estimated by BCC Research to reach $40.2 billion in 2016.

That said, the news hit and was likely highly touted, but shares of NEXS stock did not hold their rally. We do not like to see a stock fade “good news”. While this may eventually fly on a new round of “greater fools”, one is wise to wait until the money flows are starting to paint a path in the right direction on the chart.

On the positive side, the Company looks to have assembled an excellent scientific advisory team in recent months with very credible membership in all key areas. But we would caution: there is at present no concrete proof or guarantee that any such drug will ever exist in any form that has sales potential. It may happen. But there is no concrete proof of product-market relationship. There is just a very early stage set of IP and a compelling narrative.
It is also true that the target market is an explosive growth space with few perfect solutions at present and may represent an excellent opportunity. But there is a long road ahead. From their press releases, it would appear that the Company is still involved in Pre-IND activity, and does not expect even to get to filing an IND application with the FDA until the end of next year (2017). These are all points to keep in mind.

So as we dig a little deeper we find, Nexus is carrying a capital value near $38M, NEXS has absolutely no numbers in any portion of the “assets” side of the company ledger (no cash, no property, no plant, no receivables, no goodwill, no inventory, no investments), against $93k in liabilities, giving the stock -$93k in Total Stockholder Equity. But what it does have is a very large supporter in investor relations. Sometimes, that can be the most important thing. For continuing coverage on shares of $NEXS stock, as well as our other hot stock picks, sign up for our free newsletter today and get our next hot stock pick!