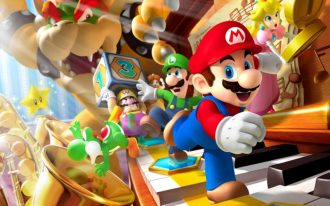 Nintendo Co., Ltd (ADR) (OTCMKTS:NTDOY), as we have discussed, is an interesting case study in terms of its role as a content production company and an investment. Shares of NTDOY stock represent, over the past year, one of the very few dramatically positive cases in this genre. However, shares on Friday took a turn for the worse as expectations for new releases into and after the holidays may have been unrealistically priced into the stock.

The most important event to coincide with the stock’s dive was the release of Super Mario Run, which is being received as another mega hit for the company. However, apparently, it was only released to the iOS market (85% of global smartphone users are not using iOS) and it will be released in a manner that will present other revisions to calculations about how much money Nintendo will actually make from the game’s popularity.

It provides video game platforms, playing cards, Karuta, and other products; and handheld and home console hardware and related software.

Nintendo is one of the world’s largest video game companies by market capitalization. Founded on 23 September 1889, by Fusajiro Yamauchi, it originally produced handmade hanafuda playing cards. By 1963, the company had tried several small niche businesses, such as cab services and love hotels. The word Nintendo can be roughly translated from Japanese to English as “leave luck to heaven”.

During the peak of the company’s success in the video game industry in the 1990s, the name “Nintendo” became nearly synonymous with “video game console”, regardless of the manufacturer (similar to Kleenex and Band Aid). The company fought against this by actively marketing the term “game console”. It worked.

Find out when $NTDOY stock reaches critical levels. Subscribe to OracleDispatch.com Right Now by entering your Email in the box below.

According to recent materials, Nintendo will likely see a large spike in revenue from early adopters who have been anxiously waiting a long period of time to buy the new game.

It is thought that most of these folks will gladly fork over $10 for game play. But those who weren’t quite as eager may just wait. They will apparently also be able to try the first three levels of the game for free, after which they may not end up paying. In addition, the company will not benefit from in-app purchases.

Also, as noted above, the game has only hit the iOS sales market. But it did shoot right to number one in the Apple app store. That said, marketing researchers know well that Android users spend a lot less on apps and games than do iOS users.

The main lesson seems to be this: Nintendo will not see its long-term curve shift materially higher with a series of one-hit wonders. Take a look at Zynga. Where did Farmville get them?

The next big catalyst for NTDOY will be the release of its exciting new hybrid console, Switch. Nintendo is bringing its Switch console on a tour of North America starting in January. The first stop is New York City on January 13, with the tour concluding in Los Angeles on March 5. In total, the Switch tour will hit six cities, from New York to Toronto to LA.

According to Business Insider, “The Nintendo Switch has a March 2017 launch window, and we know a bit about how it’s both a home game console and a portable one. Outside of that information, though, we still have a lot to learn about Nintendo’s new console.”

Earning a current market cap value of $30.7B, NTDOY has a massive war chest ($7.63B) of cash on the books, which is balanced by de minimus total accumulated debt. NTDOY is making real money, with trailing 12-month revenues coming in at 3.83B. However, growth is faltering a bit as the company is seeing y/y quarterly revenues falling at -34.3%. However, the brand is faring exceptionally well and the company may be moving toward bigger and better things in 2017. This is an exciting story, and we look forward to a follow-up chapter as events transpire. For continuing coverage on shares of $NTDOY stock, as well as our other hot stock picks, sign up for our free newsletter today and get our next hot stock pick!