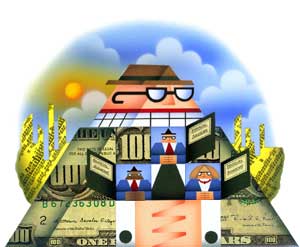 NEWMARKET GOLD INC COM NPV (OTCMKTS:NMKTF) has been correcting to the downside  potentially creating an opportunity for traders on the near horizon. The last time we covered this company, we said it would take some patience, and that we were likely entering a period of consolidation.

That consolidation has turned into a corrective wave with the election of Donald Trump as president of the US. The key factor here is about a transition from a monetary-based stimulus and cyclical management policy to a fiscal-based program. Why has this step not happened before? Because fiscal policy stimulus is a politically difficult achievement. It takes a column of power lined up connecting the President and both houses of Congress. With the results of November 8 voting, the US is heading for just such an arrangement. And Mr. Trump has stated loud and clear that he wants a $1 trillion fiscal stimulus program.

NEWMARKET GOLD INC COM NPV (OTCMKTS:NMKTF) frames itself as a company that operates as a gold mining and exploration company in Australia. As they put it, “The Company is focused on creating substantial shareholder value by maintaining strong foundation of quality gold production, over 200,000 ounces annually, generating free cash flow and maintaining a large resource base as it executes a clearly defined gold asset consolidation strategy.”

Find out when NMKTF stock reaches critical levels. Subscribe to OracleDispatch.com Right Now by entering your Email in the box below.

As noted above, President-elect Trump has called for a trillion dollar fiscal stimulus program. While that seems inflationary, it’s important to understand that it is first and foremost a move on a spectrum directly away from currency manipulation and depreciation. Most of the money hiding out in gold these days has gotten there as a hedge against continuous quantitative easing in a high-debt, low-growth environment.

But with a shift to fiscal policy measures, that story is over. Hence, the prepper money is sliding out of gold. The shift is hurting miners like NMKTF.

However, at the same time, there is some good news here on both a micro and a macro level.

On the micro side, as an update on the progress of the company’s merger with Kirkland Lake Gold Inc. to form “an exciting new mid-tier gold company”, the company just announced that Glass, Lewis & Co., LLC, the second independent proxy advisory firm that provides voting recommendations to institutional investors, has recommended that shareholders of each company vote in favor of the proposed plan of arrangement dated September 29th, 2016 to merge the two companies.

The deal seems like a decent fit by our eye: the firms together will operate seven mines and five mills in areas that are considered strong geologically and low-risk geopolitically in Canada and Australia, which are universally considered to be the best regions in the world.

On the macro side, once the “prepper” money is through liquidating its catastrophe-insurance exposure to gold, there will likely be a new story for gold: the supportive bid of an inflationary growth environment. That can often be an even better catalyst for gold than currency machinations. But time will tell.

At this time, carrying a capital value in the market of $439.3M, NMKTF has a significant war chest ($69.87M) of cash on the books, along with total assets just under $230M, which must be weighed relative to an appreciable load ($2.79M) of total accumulated debt.

Newmarket Gold is making real money, with trailing revs already coming in at $263.14M. In addition, the company is starting to see major topline growth, with quarterly y/y revs increasing at 18%. Once we see stabilization in gold prices, this may well represent a very interesting idea. For continuing coverage on $NMKTF and our other hot stock picks, sign up for our free newsletter now and get our next hot stock pick!