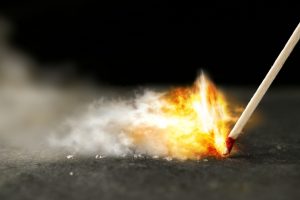 Egalet Corp (NASDAQ:EGLT) is a long-suffering specialty pharma player that may finally be starting to generate a little fresh excitement, and could be worth a closer look. EGLT just closed above its 50-day simple moving average for the first time in the course of its recent sharp -80% meltdown that got underway back in March. The catalyst appears to be progress with its pipeline.
As a case in point, the company just presented findings from two studies at PAINWeek 2017 in Las Vegas. According to its latest release, “one study showed that the reduction in abuse potential of ARYMO ER (morphine sulfate) extended-release (ER) tablets, as measured by drug liking and other pharmacodynamic (PD) endpoints, strongly correlated to the pharmacokinetic (PK) results. Another study showed the majority of abusers progress to more dangerous routes of abuse after taking opioids orally.”
Egalet Corp (NASDAQ:EGLT) bills itself as a specialty pharmaceutical company that develops, manufactures, and commercializes treatments for patients with pain and other conditions. It has licensed three approved pain products, such as SPRIX Nasal Spray, a non-steroidal anti-inflammatory drug indicated in adult patients for the short-term management of moderate to moderately severe pain that requires analgesia at the opioid level; OXAYDO, an immediate-release oxycodone product designed to discourage abuse via snorting for the management of acute and chronic moderate to severe pain where an opioid is appropriate; and ARYMO ER, an extended-release (ER) morphine product formulated with abuse-deterrent (AD) properties for the management of pain severe enough to require daily, around-the-clock, long-term opioid treatment and for which alternative treatment options are inadequate.
The company is also developing Egalet-002, a Guardian Technology AD, ER, oral oxycodone formulation, which is in Phase III clinical trials for the same indication as ARYMO ER. In addition, its other products include Egalet-003, an AD stimulant product candidate; and Egalet-004, an AD, ER hydrocodone-based product candidate. The company has a collaboration and license agreement with Acura Pharmaceuticals, Inc. to commercialize OXAYDO tablets; and Septodont, Inc. to promote SPRIX Nasal Spray.
Egalet Corporation was founded in 2010 and is headquartered in Wayne, Pennsylvania.
Find out when $EGLT reaches critical levels. Subscribe to OracleDispatch.com Right Now by entering your Email in the box below.

As we covered above, this has not been a pretty trend for EGLT over the past 5-6 months. But recent action has really been perking up, and it would appear to be driven by the company’s progress with a key drug intended to help stem the rampant spread of opioid abuse.
“An analysis from the clinical abuse deterrence studies for ARYMO ER demonstrated a correlation between the PK data and the PD results, supporting its potential to help deter opioid abuse,” said Jeffrey Dayno, MD, chief medical officer at Egalet. “In addition, another study looked at the motivation behind individuals progressing from oral abuse, which is particularly relevant given the ongoing opioid epidemic, and one for which there is little data. The study showed that the majority of abusers do progress to more dangerous, non-oral routes of abuse. This is why we believe ARYMO ER and other abuse-deterrent opioids could play an important role in deterring opioid abuse.”
Traders will note 32% during the past month in terms of shareholder gains in the stock, a rally that has pushed up against longer standing distributive pressure in the stock. However, EGLT has a history of dramatic rallies. Furthermore, the stock has witnessed a pop in interest, as transaction volume levels have recently pushed 17% over the long run average.
Currently trading at a market capitalization of $59.4M, EGLT has a significant war chest ($29.9M) of cash on the books, which must be weighed relative to about $624K in total current liabilities. One should also note that debt has been growing over recent quarters. EGLT is pulling in trailing 12-month revenues of $22.5M. In addition, the company is seeing major top line growth, with y/y quarterly revenues growing at 81.3%. This may be a very interesting story and we will look forward to updating it again soon. Sign-up for continuing coverage on shares of $EGLT stock, as well as other hot stock picks, get our free newsletter today and get our next breakout pick!
Disclosure: We hold no position in $EGLT, either long or short, and we have not been compensated for this article.