What We Need to See from Greengro Technologies Inc (OTCMKTS:GRNH) 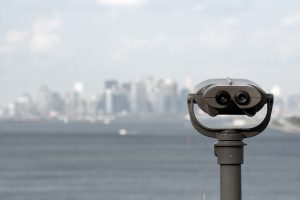 Greengro Technologies Inc (OTCMKTS:GRNH) has been a real laggard in the cannabis patch so far in 2017, but we want to take a good hard look at the company today to get a sense of whether or not this one has been unjustifiably left behind over the past few months. The company has shown clear promise and occupies an interesting niche. We have also seen some extremely large upside action here in the recent past, including an 850% rally in the stock last year.

The company’s only recent catalyst was its announcement last week that it has received a $600,000 down payment on a $7.4 million flagship three-acre turnkey off-grid PV-solar glass greenhouse from Fresh Local Produce of Ohio, an indoor hydroponic farming company based in Akron, Ohio. The companies expect to be breaking ground on the new facility in the third quarter of 2017. This is not really “new” news, given that the deal with the Ohio company was announced 2 months ago, but it is at least the declaration in the press of money flowing in, which counts for something.

GreenGro Technologies, Inc. offers its products to consumers and industrial cultivators through its Website. It has a strategic alliance with Solaris Power Cells. The company, formerly known as Authoriszor, Inc., was founded in the 1996 and is based in Westminster, California.

According to company materials, “Greengro Technologies is a world class provider of eco-friendly green technologies with specific domain expertise in indoor and outdoor agricultural science systems serving both the consumer and commercial farming markets. It brings together community and commerce through the growth and distribution of healthy, nutritious foods and vital medicines backed by science and technology. Customers include restaurants, community gardens, small and large scale commercial clients. Greengro Technologies Inc also provides design, construction and maintenance services to large grow and cultivation operations and collectives in the medical and recreational marijuana sectors.”

Find out when $GRNH stock reaches critical levels. Subscribe to OracleDispatch.com Right Now by entering your Email in the box below.

As noted above, it would appear that the company is starting to see prior deals turn into real revenues at this point. But the structure of the deal is a bit trickier than we had expected, and we would really like to see either a direct statement about top line guidance from the company, or to see the numbers actually hit the books at quarter end before we take for granted what the implications of the Ohio deal are for GRNH shareholders.

At first blush, it appears the deal is sales for GRNH, and should therefore result in dramatic revenue growth on both a sequential and y/y basis. However, the market isn’t really moving on it. One hypothesis to explain that apathy is that the deal is not “about cannabis”, which makes it fundamentally less exciting to investors who are looking more for future growth, and may be seeing this particular deal as a one-off item.

That said, that explanation doesn’t make a lot of sense to us. If true, it would suggest GRNH is a huge opportunity here. However, we think there is a more likely story here: investors have a hard time taking the company’s pronouncements at face value since they do not file with the SEC, and submit only unaudited financials.

In our experience, if things are truly going great – and this would represent enormous sales growth – then companies make sure to get current and file audited financials preferably with the SEC. Otherwise, people rightly take the math with a grain of salt.

Look at it another way: If the company’s next press release was the announcement of the plan to file fully audited financials with the SEC for Q1 2017, the stock would be off and running in a huge way.

That would send the signal that GRNH was not only truly looking for something like at least 790% y/y top line growth, but it was also ready for scrutiny in many other ways. All of that said, there is smoke here, and it could catch fire for investors, so we will definitely keep a close on eye on it going forward. For continuing coverage on shares of $GRNH stock, as well as our other hot stock picks, sign up for our free newsletter today and get our next hot stock pick!