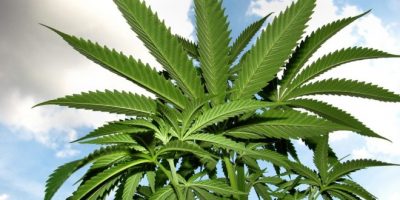 MYM NUTRACEUTICALS (OTCMKTS:MYMMF) is a stock we took a look at a couple weeks ago in a piece we titled, “IS MYM NUTRACEUTICALS (OTCMKTS:MYMMF) A RISING STAR IN THE CANNABIS PATCH?”, further stating that “Investors will want to keep an eye on this company”. Since that piece, the stock has doubled in value. The latest from the company is its announcement that PUF VENTURES Australia (“PUFA”) has retained Mr. Casey Houwelings and Mr. Peter Cummings as greenhouse consultants for the medical cannabis Northern River Project, a 1,200,000-square foot greenhouse being constructed in northeastern New South Wales.
According to the release, “Houwelings and Cummings will contribute to the design and construction of the most technically advanced and environmentally sustainable greenhouse to grow medical cannabis.” Note that “The Northern Rivers Project” is a joint venture between PUF Ventures, PUF Ventures Australia, and MYM Nutraceuticals, to build a 1.2 million square foot greenhouse operation on a 27-hectare parcel of land near the town of Casino in northern New South Wales, Australia.
MYM NUTRACEUTICALS (OTCMKTS:MYMMF) promulgates itself as a company with a primary focus in developing high-end organic medicinal marijuana supplements and topical products. MYM also has an interest in the development of high-density farming facilities and technologies that allow MYM to expand its brand into the global market.
According to company materials, “MYM Nutraceuticals Inc. is an innovative company focused on acquiring Health Canada licenses to produce and sell high-end organic medicinal cannabis supplements and topical products. MYM has two production projects in Quebec that when completed will have over 1.5 million sq ft of production space. MYM is also a partner in a 1 million sq ft production project in New South Wales, Australia. Australia is a brand-new market that is just opening up and MYM is a leader there. To ensure a strong presence and growth potential within the industry, MYM is actively looking to acquire complementary businesses and assets in the technology, nutraceuticals and CBD sectors. MYM shares trade in Canada, Germany and the USA under the following symbols: (CSE: MYM) (OTC: MYMMF) (FRA: 0MY) (DEU: 0MY) (MUN: 0MY) (STU: 0MY).”
Find out when $MYMMF reaches critical levels. Subscribe to OracleDispatch.com Right Now by entering your Email in the box below.

“We are very pleased to have both Casey Houwelings and Peter Cummings working on our medical cannabis Northern Rivers Project,” said Michael Horsfall, CEO of PUF Ventures Australia. “We have the opportunity to take an innovative approach to building one of the largest medical cannabis growing complexes in the world, and Casey and Peter will lead with the advanced design of greenhouse. Their expertise will contribute to one of the most efficient and environmentally sustainable designs on the planet, as we strive to have the highest quality and lowest cost cannabis that is grown under the sun. We believe that natural sunlight will be a significant advantage with the advanced growing systems under consideration, and will allow us to maximize the climate of the beautiful Richmond Valley Shire in the Northern Valley Region of Australia.”
When complete, the greenhouse will be one of the most technically advanced and environmentally sustainable medical cannabis operations in the world and include large-scale greenhouse, manufacturing, processing and office facilities for the cultivation, production, and manufacture of medical cannabis and associated products in Australia. The first phase of the project will cover approximately 300,000 square feet, which will be the largest medical cannabis greenhouse in Australia.
Traders will note in excess of 230% added to share values of the stock over the past month of action, a rally that has pushed up against longer standing distributive pressure in the stock. The situation may be worth watching. MYMMF has a track record that includes a number of dramatic bounces. In addition, the listing has registered increased average transaction volume recently, with the past month seeing exceeding 610% over what the stock has registered over the longer term.
Currently trading at a market capitalization of $133.2M, MYMMF has a little over $400K in cash on the books, which compares with about $190K in total current liabilities. The company is pre-revenue at this point. This may be a very interesting story and we will look forward to updating it again soon. Sign-up for continuing coverage on shares of $MYMMF stock, as well as other hot stock picks, get our free newsletter today and get our next breakout pick!
Disclosure: we hold no position in $MYMMF, either long or short, and we have not been compensated for this article.