On The Move Systems Corp (OTCMKTS:OMVS) Continues to Run in Front of M&A Deal 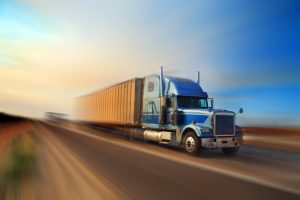 On The Move Systems Corp (OTCMKTS:OMVS) has been on the move once again. OMVS pivoted off support under a nickel per share earlier this month, and is now up challenging resistance above the dime level. The primary catalyst driving the action of late has to do with the company’s pending acquisition of Robotic Assistance Devices, a privately funded, high-tech start-up that is an exclusive technology partner of SMP Robotics, based in San Francisco.

On May 11, OMVS announced that it had entered into a binding LOI with RAD for acquisition of 100% of RAD by OMVS to be consummated within the following 90 days. The stock is catching a bid in recent days because that date for consummation is rapidly approaching (August 10), and RAD just announced that it has received an additional 15 robot reservations for a total of 30 robot reservations with total contract values of approximately $3 million. “We are very pleased with the increase in robot reservations,” said Steve Reinharz, President and CEO of RAD. “And we are on track with the goal of reaching 60 reservations by the end of the summer.”

On The Move Systems Corp (OTCMKTS:OMVS) was originally incorporated in Nevada on March 25, 2010.

According to the company, “We reincorporated into Nevada on February 17, 2015. Our business focus is transportation services. We are currently exploring the on-demand logistics market by developing a network of logistics partnerships. Our year-end is February 28.”

The business focus is transportation-related technology services. The company notes that it is currently exploring the online, on-demand logistics market by developing a shared economy network of trucking partnerships.

OMVS is in the process of building a shared economy app designed to put independent drivers and brokers together for more efficient pricing and booking, optimized operations and quick delivery turnarounds. The company has signed a letter of intent with a Houston-area software design firm regarding development of such a platform. The Company believes that this app, when released, could revolutionize the trucking industry by connecting national and local carriers, enabling each to maximize revenues and reduce costs.

You can find out when $OMVS stock reaches critical levels. Subscribe to OracleDispatch.com Right Now by entering your Email in the box below.

“This acquisition is expected to generate significant value for OMVS,” said Garett Parsons, President and CEO of OMVS, “RAD has tremendous growth opportunity, has a growing backlog of over one million dollars in orders and has garnered significant interest among the Fortune 500 community.”

The chart shows a bit less than 140% added to share values of the company over the past week of action. Market participants may want to pay attention to this stock. OMVS has a history of dramatic rallies. Furthermore, the stock has seen an influx in interest of late, with the stock’s recent average trading volume running above 210% beyond what we have been seeing over the larger time frame.

Traders should note this as important due to the extremely small float size in the stock (of 2M shares). This type of thing is something to watch out for: a jump in average daily transaction volume in a stock with a restricted float can unleash fireworks as supply is squeezed.

Such action could be potentially nurtured by continued success vibes coming from RAD activities. According to the latest release, the company expects to deploy robots to end users in July. To date RAD has commitments for 30 robots for total contract values of approximately $3 million. Management also noted that RAD currently has 2 POC’s ongoing with major companies.

According to the release, RAD currently has a sales pipeline of over 50 Fortune 500 companies and over 25 qualified dealers and distributors that have a combined customer base of more than 35,000 end user corporations.

Earning a current market cap value of $3.96M, OMVS has virtually no cash on the books, which is balanced by about $1.7M in total current liabilities. One should also note that debt has been growing over recent quarters. The company is pre-revenue at this point. This is an exciting story, and we look forward to a follow-up chapter as events transpire. For continuing coverage on shares of $OMVS stock, as well as our other breakout stock picks, sign up for our free newsletter today and get our next hot stock pick!

Disclosure: we hold no position in $OMVS, either long or short, and we have not been compensated for this article.