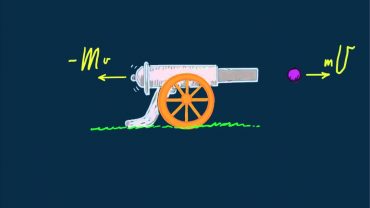 Bingo Nation Inc (OTCMKTS:BLTO) is a micro-cap player in the tribal gaming space that has been powering higher in recent action on a series of catalysts. The float in this stock is tiny, at just 2.4M shares, which has supported tremendous momentum as new catalysts stoke demand, and the supply of shares isn’t there to match it without another leg higher.

As far as the stock’s recent headlines, the primary announcement hit on March 9th in the form of the company’s plans to accelerate roll-out of its technology by awarding distribution rights to strategic partners in up to 29 states where Indian gaming is conducted. The company also recently appointed two new board members: David Matheson and Richard G. Hill.

Find out when $BLTO stock reaches critical levels. Subscribe to OracleDispatch.com Right Now by entering your Email in the box below.

Recently appointed to the Board, David Matheson commented on the company’s early roll-out plans:

“Pricing and rollout availability are both still to be determined, but we’d expect the company to target those best connected and qualified to serve participating tribal gaming operators in each marketplace.  We believe in strong partnerships to assist us to achieve national expansion of our business.  Industry skeptics may challenge our ability to get all tribal gaming operators to work together. The industry is no doubt fierce in terms of competition between neighboring gaming operations. It demands a lot of investment, but return on investment is driving proven economic development in Indian Country.  Our objective with Bingo Nation is to work together with all participating tribes to continue to capitalize on growth of the Indian gaming industry. With the right strategic partners on board, and by working together, we believe in Bingo Nation’s potential to be an overnight sensation creating new history in tribal gaming. A single twig breaks, but the bundle of twigs is strong.”

According to a prior release, Mr. Matheson, a University of Washington grad, has served as the Deputy Commissioner for Indian Affairs for the U.S. Department of the Interior; the CEO for Coeur d’Alene Development Enterprises; an advisor for the President’s Commission on Reservation Economies; a delegate to the People’s Republic of China’s Native American Trade Mission; and a recipient of Commendation from the Secretary of the Interior for Outstanding Service.

“David Matheson repeated long term service as CEO of the Coeur d’ Alene Casino & Resort Hotel in Worley, Idaho, which was voted #1 casino in the Spokesman Reader Review for three consecutive years. He has served as a Council leader, Tribal Chairman, and manager of various tribal operations.”

Recent action has seen nearly 190% added to share values of the stock over the past month of action, a rally that has pushed up against longer standing distributive pressure in the stock. This is emblematic of the stock. BLTO has a track record that includes a number of dramatic bounces. Moreover, the stock has seen an influx in interest of late, with the stock’s recent average trading volume running exceeding 1000% above its longer-run average levels.

It pays to take note of this fact with the stock trading on a float that is extremely small at just 2.M shares. It’s something the veterans know to key on: ramping trading activity can overwhelm available supply in a stock with this type of small float, leading to an upward burst in prices.

At this time, carrying a capital value in the market of $43.9M, BLTO has virtually no cash on the books, which stands against about $506K in total current liabilities. One should also note that debt has been growing over recent quarters. BLTO is pulling in trailing 12-month revenues of $79K. This is an exciting story, and we look forward to a follow-up chapter as events transpire. For continuing coverage on shares of $BLTO stock, as well as our other hot stock picks, sign up for our free newsletter today and get our next hot stock pick!