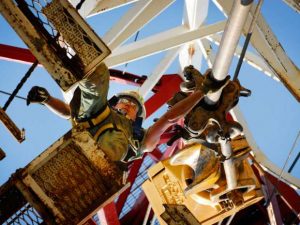 MOLORI ENERGY INC COM NPV (OTCMKTS:MOLOF) is a penny player in the oil and gas space that has started to make some serious waves among OTC traders as shares get on the move in recent days. Energy plays have been red hot for the past few days, generally speaking, as speculators start to pile back into the space following a nasty shakeout earlier this month precipitated by reports that the Saudis had ramped their production back up above 10M bbls/day for the month of February.

As for company-specific catalysts, several days ago, the company announced that, as part of its continuing re-development program, it has successfully returned its State A and State C leases in Hutchinson County, Texas, back into production just during the past 60 days. According to the release, “the total portfolio of available well inventory in these leases is 42 oil wells and 12 gas wells (total of 54 wells). Of the 54 wells in inventory, 20 have been returned to production adding an average of 70 barrels of oil equivalent per day (“BOEPD”)* of production (comprised of oil and high BTU gas).”

Molori has a 25% working interest in 57 oil and gas leases owned by Ponderosa Engergy, LLC. These leases cover 7,314 acres, and are located in the bifurcated Texas Panhandle. Through its subsidiary “Lion Petroleum Corp.”, Molori also has a 20% non-operated interest in Block 1 and a 100% operated-interest in Block 2B onshore Kenya.

According to company materials, “Molori Energy Inc. is an oil and gas production company with current operations in the Texas Panhandle. Founded in 2011, the experienced management team is aggressively acquiring select properties which provide immediate cash flow and development opportunities, now and in the years ahead. Molori is seizing the opportunity, in the current oil & gas environment, to assemble oil and gas production in nearby and politically safe jurisdictions. Molori is pursuing a business plan, whereby the Company either purchases producing oil and gas assets at highly attractive rates, or in some cases simply takes on existing assets by way of purchasing or assuming default notes from small regional lenders and institutions.”

Find out when $MOLOF stock reaches critical levels. Subscribe to OracleDispatch.com Right Now by entering your Email in the box below.

As noted above, the company has been hard at work getting its leased well inventory back into production mode, and starting to really press its top line potential higher. Naturally, we don’t how much capital investment this process has incurred. But, with oil prices up over 6% in just the past 3 days, shareholders no doubt see the importance of getting the juice flowing, so to speak.

Joel Dumaresq, CEO of Molori commented, “As evidenced by the recently-disclosed NI 51-101 reserve report (see press release dated March 13, 2017), the Molori and Ponderosa partnership has increased P1 reserves to approximately USD $27 million while at the same time successfully re-working over 70 wells and improving daily production to an average of approximately 380 BOEPD. We fully intend to invest further in building reserves and production, with the goal of reaching our stated near-term production goal of 1,000 BOEPD by this time next year.”

Traders will note 65% during the past month in terms of shareholder gains in the listing. Moreover, the name has seen an influx of interest in recent action, with the stock’s recent average trading volume running a bit less than 610% above the average volume levels in play in this stock over the longer term.

Earning a current market cap value of $7.4M, MOLOF has a store ($403K) of cash on the books, which must be weighed relative to virtually no total current liabilities. MOLOF is pulling in trailing 12-month revenues of $149K. However, the company is seeing recent declines on the top line on a sequential quarterly basis. Shareholders are likely counting on this trend reversing, which may be in the cards if OPEC and Russia can get back on the same page in Q2. This may be a very interesting story and we will look forward to updating it again soon. For continuing coverage on shares of $MOLOF stock, as well as our other hot stock picks, sign up for our free newsletter today and get our next hot stock pick!