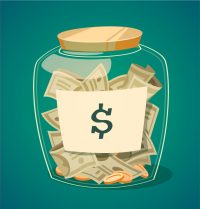 MMEX Resources Corp (OTCMKTS:MMEX) continues to be a dramatic story in the “penny stock game”, but likely not in a good way for those out there who have yet to learn important lessons about the difference between trading and investing, particularly when it comes to companies just a month removed from a price per share containing a decimal point followed by three zeroes, and particularly for narratives resting on literally nothing but promises made in press releases as a basis for value.

The last time I covered this name, I noted that “One can’t blame the market for not seeing this coming: The company has no cash, no operations, no resources, no nothing. The facility will apparently cost nearly a half of a billion dollars to construct. Hence, it may be fair to apply the word “unlikely” to the prospects of this ever coming to fruition.” At this point, traders were right to be long the stock until Monday afternoon. Those who were willing to join the fun at that point will probably not end up real happy with that idea.

MMEX Resources Corp (OTCMKTS:MMEX) frames itself as a mining development Company leveraging global demand for mining assets located in the Americas. The company was formed to engage in the exploration, extraction, refining and distribution of oil, gas, petroleum products and electric power.

MMEX focuses on the acquisition, development and financing of oil, gas, refining and electric power projects in Texas, Peru, and other countries in Latin America.

The company’s management team apparently has extensive experience with natural resource project development and project financing in North and South America. MMEX is initially focusing on opportunities in Colombia and Peru. Moreover, MMEX Resources Corporation focuses on the exploration, extraction, refining, and distribution of oil, gas, and petroleum products in the United States and Latin America. It also intends to provide electric power.

MMEX Resources Corporation was formed in the State of Nevada on May 19, 2005 as Inkie Entertainment Group, Inc.

Subsequently, the Company amended its articles of incorporation to change its name to MMEX Resources Corporation and to authorize the Company to issue up to 3,000,000,000 common shares and 10,000,000 preferred shares. We have seen massive and dilutive share creation in this stock already, and we have strong reason to believe that will only accelerate from here.

Find out when $MMEX stock reaches critical levels. Subscribe to OracleDispatch.com Right Now by entering your Email in the box below.

Any way you slice it, we would expect this MMEX narrative to be filled with a combination of two themes: on the one hand, you will see dilution in the form of share creation; on the other hand, you will see a continuous stream of press releases detailing steps in the process toward the construction of this (probably) far-fetched refinery project. But – and this is the important part – if I am correct in my diagnosis here, none of the press releases will ever contain material progress markers that necessitate the deployment of serious funding from the company.

You will also likely see plenty of extremely reassuring quotes from one Jack Hanks, CEO of MMEX, such as the following, from a recent press release: “Plans for the Pecos County refinery are progressing smoothly and rapidly, and the selection of KPE as the project’s EPC contractor is an essential first step to beginning the project. With their strong industry experience, knowledge of the Texas market, scalability and agility, KPE is an ideal partner for MMEX on this project.”

The more important company news will come in a different form. A good example is its March 10 shareholder vote update buried down on page 18 of its 10-Q filing: “On March 7, 2017, the holders of more than 50.1% of the outstanding shares of common stock of the Company executed their written consent in lieu of special meeting approving an amendment and restatement of the articles of incorporation to provide for an increase in the authorized shares of common stock from 3,000,000,000 to 10,000,000,000 shares.”

In other words, whatever they are going to do, issuing another 2.6 billion shares didn’t seem like enough elbow room, so they cleared the path for 3 times that.

In any case, the thesis of this article is to be a trader with MMEX, not an investor. Be an opportunist, not a “true believer”. There may be more action in this ticker to be had, but there will also be a giant bag to hold after the music has played its final note.

Recent action has seen a bit more than 420% added to share values of the listing over the past month of action, a rally that has pushed up against longer standing distributive pressure in the stock. In addition, the stock has benefitted from a jump in recent trading volume to the tune of 73% above its longer-run average levels.

Earning a current market cap value of $67.2M, MMEX shows no cash on the books, which is balanced by about $734K in total current liabilities. The company is pre-revenue at this point. You can bet we will update this one again as new information comes into view. For continuing coverage on shares of $MMEX stock, as well as our other hot stock picks, sign up for our free newsletter today and get our next hot stock pick!