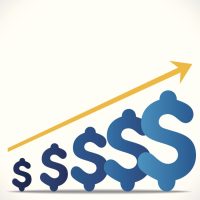 MK Automotive Inc (OTCMKTS:MKAU) is a penny play that has started to grab increasing attention from OTC traders in recent action as the stock powers higher. In all, we’ve seen about 200% in gains over the past 10 days. There’s no question about the catalyst for the move: The company announced – just about 10 days ago as a matter of fact – that it was pushing forward its estimated date for launch of its Clikia platform.

“Thanks to insightful test-user feedback and superior functionality test results on both Apple iOS and Android systems, we are pleased to be able to bring forward our full-system launch date by approximately one month,” said MKAU CEO and Clikia founder, David Loflin. The market reacted to this news with clear excitement. We do see some signs that there are other factors involved in that excitement, such as some active investor awareness campaigning. Hence, one should be aware that demand for shares is not entirely organic in recent action. However, that shouldn’t entirely undermine the force of the company’s announcement, which may represent something of promise.

MK Automotive Inc (OTCMKTS:MKAU) acquired Squuak.com in December of 2015. Squuak.com is a new social media and content sharing tool and platform that lets your followers see your what you’re doing on Facebook, Twitter, Linkedin,, Pinterest, YouTube, GooglePlus and others all in one place.

The Squuak.com Social Media Platform is designed to be used by individuals as well as businesses.squuak is a new social media tool unlike anything else. The large social networks are not designed to interact with each other because in many ways they are competitors.

However, the company just announced that it has acquired a video content service provider, Clikia, thus entering the $37 billion video streaming revolution known as “Cutting the Cord.”

MK Automotive Inc CEO David Loflin said, “With the acquisition of ‘Clikia’ we enter the ‘Over the Top’ video content delivery industry. ‘Over the Top,’ or ‘OTT,’ is the term used for the delivery of Film and Television content over the internet.

Find out when $MKAU stock reaches critical levels. Subscribe to OracleDispatch.com Right Now by entering your Email in the box below.

Mr. Loflin continued, “I want to personally thank all of those who took the time to test Clikia and share their experiences. We expect that the full launch of Clikia will quickly make its mark in the content streaming services segment.”

We also find it quite interesting that Mr. Loflin went on to state that Clikia “will serve also as an Original Content Incubator, where content creators will be able to develop and launch channels, as well as interact with fellow creators.”

Recent action has seen 88% added to share values of the company over the past week of action. Market participants may want to pay attention to this stock. MKAU is a stock who’s past is littered with sudden rips. In addition, the stock has registered increased average transaction volume recently, with the past month seeing nearly 180% over what the stock has registered over the longer term.

“‘Cutting the Cord’ is the result of a Tech-Savvy, Content-Hungry Audience and their desire to control the content they watch. This revolution frees the consumer of the high-cost subscription rates from other TV service providers, whose subscription rates range from $50 to $200,” said Loflin.

Mr. Loflin continues to say, “The trend of ‘Cutting the Cord’ is the result of several previous technological breakthroughs that include: File-Sharing, WiFi, Smart Phones and Tablets. The adoption and popularity of YouTube and Netflix has launched the ‘OTT’ industry. ‘OTT’ video content delivery is the future!”

Currently trading at a market capitalization of $3M, MK Automotive Inc has virtually no cash on the books, which must be weighed relative to virtually no total current liabilities. The company is pre-revenue at this point. This may be a very interesting story and we will look forward to updating it again soon. For continuing coverage on shares of $MKAU stock, as well as our other hot stock picks, sign up for our free newsletter today and get our next hot stock pick!