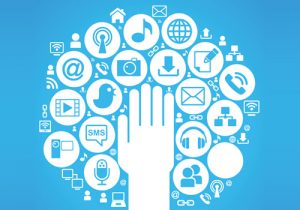 MK Automotive Inc (OTCMKTS:MKAU) is a penny play that is undergoing a period of sweeping change. The stock has launched higher in recent days in response to a combination of press releases that amount to a potential major strategic pivot into video content streaming as well as a promise to get immediately current on financials.

In response, the chart shows more than 1100% added to share values of the stock over the past month of action, with most of that coming in just the past week. MKAU has evidenced sudden upward volatility on many prior occasions, but this action comes paired with some strong headlines, marking the move as more interesting. What’s more, the name has seen interest climb, with an increase in recent trading volume of just under 320% beyond what we have been seeing over the larger time frame.

MK Automotive Inc (OTCMKTS:MKAU) acquired Squuak.com in December of 2015. Squuak.com is a new social media and content sharing tool and platform that lets your followers see your what you’re doing on Facebook, Twitter, Linkedin,, Pinterest, YouTube, GooglePlus and others all in one place.

The Squuak.com Social Media Platform is designed to be used by individuals as well as businesses.squuak is a new social media tool unlike anything else. The large social networks are not designed to interact with each other because in many ways they are competitors.

“So then how does one share their entire social media footprint when they are contributing to 10 or more different social media networks and content sharing platforms, Until now it couldn’t be done.Facebook, Twitter, Linkedin, Pinterest, YouTube, and GooglePlus are registered trademarks of their respective companies.”

However, the company just announced that it has acquired a video content service provider, Clikia, thus entering the $37 billion video streaming revolution known as “Cutting the Cord.”

MK Automotive CEO David Loflin said, “With the acquisition of ‘Clikia’ we enter the ‘Over the Top’ video content delivery industry. ‘Over the Top,’ or ‘OTT,’ is the term used for the delivery of Film and Television content over the internet.

Find out when $MKAU stock reaches critical levels. Subscribe to OracleDispatch.com Right Now by entering your Email in the box below.

The company made clear its sense of things with a press release out on Thursday, stating that “it expects to achieve current information status by morning.”

That release came just a day on the heels of the more significant announcement of the Clikia acquisition.

“‘Cutting the Cord’ is the result of a Tech-Savvy, Content-Hungry Audience and their desire to control the content they watch. This revolution frees the consumer of the high cost subscription rates from other TV service providers, whose subscription rates range from $50 to $200,” said Loflin.

Mr. Loflin continues to say, “The trend of ‘Cutting the Cord’ is the result of several previous technological breakthroughs that include: File-Sharing, WiFi, Smart Phones and Tablets. The adoption and popularity of YouTube and Netflix has launched the ‘OTT’ industry. ‘OTT’ video content delivery is the future!

“Clikia will open for registration on February 15th and will offer many levels of service choices from a free account to a premium account priced at less than $30.00 per month. Simultaneously we will also launch an aggressive marketing campaign for subscribers using all internet and social media platforms. We will also take advantage of the fact that we are one of the only companies in the OTC Markets to provide this revolutionary service.”

Now commanding a market cap of $2.7M, MKAU has virtually no cash on the books, which compares with virtually no total current liabilities. That said, the current numbers likely do not reflect any assets or liabilities that will be assumed as part of the Clikia acquisition.

MKAU is pre-revenue at this point, but the move to jump to current status suggests that revenue prospects are plug and play through the ingestion of the streaming service, with sales commencing potentially as early as midway through this month. This is an exciting story, and we look forward to a follow-up chapter as events transpire. For continuing coverage on shares of $MKAU stock, as well as our other hot stock picks, sign up for our free newsletter today and get our next hot stock pick!