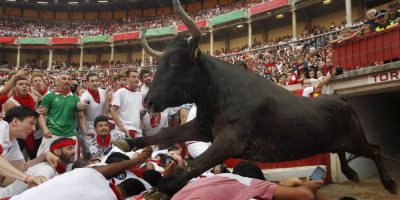 Microvision, Inc. (NASDAQ:MVIS) is a micro-cap name that has started really break out on the Nasdaq exchange in recent days, and seemed worth a closer look. The company’s most recent major catalyst was its announcement that it has received a $6.7 million order for its small form factor display engine (model PSE-0403-103) from an Asian electronics device manufacturer. According to the release, the customer plans to embed the MicroVision display engines in smartphones.

This could be a huge catalyst and counters a somewhat negative earnings report release just days earlier that showed a loss of $5.4 million in its fourth quarter. According to the company’s release, on a per-share basis, the Redmond, Washington-based company said it had a loss of 9 cents. The maker of drivers for miniature video displays posted revenue of $2.9 million in the period. For the year, the company reported that its loss widened to $16.5 million, or 32 cents per share. Revenue was reported as $14.8 million. In reaction to the report, the company’s shares closed at $1.62. A year ago, they were trading at $2.86.

Microvision, Inc. (NASDAQ:MVIS) frames itself as the world leader in the development of light scanning technologies for high-resolution display and imaging systems. These systems use the company’s proprietary silicon micro-mirror technology to enable OEM, ODM, Tier I, and other select partners product solutions for a broad range of industrial, consumer, military, and medical applications.

According to company materials, “MicroVision is the creator of PicoP scanning technology, an ultra-miniature laser projection and sensing solution based on the laser beam scanning methodology pioneered by the company. MicroVision’s platform approach for this advanced display and sensing solution means that it can be adapted to a wide array of applications and form factors. It is an advanced solution for a rapidly evolving, always-on world. Extensive research has led MicroVision to become an independently recognized leader in the development of intellectual property. MicroVision’s IP portfolio has been recognized by the Patent Board as a top 50 IP portfolio among global industrial companies and has been included in the Ocean Tomo 300 Patent Index. The company is based in Redmond, Wash.”

Find out when $MVIS stock reaches critical levels. Subscribe to OracleDispatch.com Right Now by entering your Email in the box below.

Looking ahead, the electronics Original Equipment Manufacturer (OEM) said that it “plans to launch the smartphone product later this year in China and other markets where it has existing distribution of its products.” Currently, as we understand the story, MicroVision “expects to begin shipping engines to the OEM in the second quarter of 2017 with a large majority of the units shipping by the end of 2017.”

As stated in its release, the actual timing of shipments of the PSE-0403-103 to this OEM will be finalized in line with the OEM’s product launch timing. Other details of the product or agreement between MicroVision and the OEM are confidential.

The company notes that this order demonstrates “how the small form factor display engine MicroVision announced in November 2016 is suited to applications where small size and power efficiency are required and where flexible design of the module is needed by the OEM.”

Traders will note 60% added to share values of the name over the past week of action. This is emblematic of the stock. MVIS has evidenced sudden upward volatility on many prior occasions. Moreover, the company has seen interest climb, with an increase in recent trading volume of more than 320% over the long run average.

Currently trading at a market capitalization of $177.1M, MVIS has a significant war chest ($15.1M) of cash on the books, which is balanced by virtually no total current liabilities. MVIS is pulling in trailing 12-month revenues of $14.8M. In addition, the company is seeing major top line growth, with y/y quarterly revenues growing at 57.4%. Hence, according to recently reported data, the balance sheet is strong, and while the company is still losing money, the top line growth is apparent. For continuing coverage on shares of $MVIS stock, as well as our other hot stock picks, sign up for our free newsletter today and get our next hot stock pick!