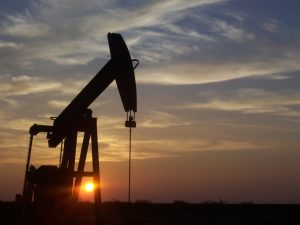 Perkins Oil & Gas Inc (OTCMKTS:PEKN) is an interesting new player on the OTC scene, but not an original specimen. We’ve seen this recipe before. PEKN’s game is to spend a tiny amount of capital on lotto ticket purchases of leases for land containing some relationship to the potential for oil production. It takes almost no capital to get involved and leads to very visible headlines. PEKN just put out such a headline when it announced that it participated in a government lease auction and successfully purchased 80 gross acres in Renville County, North Dakota.
According to PEKN’s release, the tract is in township 163N and carries a 1/6th royalty rate to the state of ND and the lease was paid up for 5 years. “Renville County is a Bakken oil and natural gas play. It is located approximately in the middle of the Bakken formation close to the Canada border. An April 2013 estimate by the USGS projects that 7.4 billion barrels of undiscovered oil can be recovered from the Bakken and Three Forks formations and 6.7 trillion cubic feet of natural gas and 530 million barrels of natural gas liquids using current technology.”
Perkins Oil & Gas Inc (OTCMKTS:PEKN) frames itself as an oil and gas exploration and development company focused on US-soil projects.
The Company intends to build a portfolio of oil and gas leases in up and coming areas which allow for low cost-per-acre acquisitions.
Find out when $PEKN reaches critical levels. Subscribe to OracleDispatch.com Right Now by entering your Email in the box below.

As noted above, PEKN is involved in a process of pushing into the oil space via cheap auctioned land leases. We have covered several companies in the past that started with a similar strategy. Each turned out to be scams. PetroGas Co (OTCMKTS:PTCO) is a good example. We dug down deep on that story and found that things really didn’t add up. The stock subsequently dropped over 99.5% in the next few months.
PEKN may be a totally different situation. But it’s a good idea to do a respectable level of due diligence on these types of plays before getting involved. Let’s just say that.
Oil, itself, is certainly in an interesting spot at this point. We just went through a remarkable experience in the oil market with the landfall of hurricane Harvey in Texas. That storm somehow neatly took out nearly a third of the refining capacity of the US, but took out very little oil production infrastructure. So oil basically just pooled up without being refined, leading to a glut in oil.
However, hurricane Irma is bearing down now and looks to impact oil rig infrastructure more than refiners, leading to a possible flip in that equation. That has helped the oil market to resume a strong bearing on the charts in recent action. Hence, if PEKN can manage to convince the market that they can actually derive some oil from their leasing activities.
One point we find a little odd is the absence of an 8K filing confirming the leasing move and detailing the transaction involved. Obviously, the Bakken is a tasty play, and this could fuel a move, but the lack of details isn’t ideal. Again, we encourage folks to maintain a “show me” attitude and a healthy level of skepticism.
Recent action has seen 38% added to share values of the stock over the past week of action. Market participants may want to pay attention to this stock. PEKN has evidenced sudden upward volatility on many prior occasions. Furthermore, the name has registered increased average transaction volume recently, with the past month seeing 12% over what the stock has registered over the longer term.
Earning a current market cap value of $20.01M, PEKN has virtually no cash on the books, which stands against virtually no total current liabilities. The company is pre-revenue at this point. We will update the story again soon as developments transpire. Sign-up for continuing coverage on shares of $PEKN stock, as well as other hot stock picks, get our free newsletter today and get our next breakout pick!
Disclosure: we hold no position in $PEKN, either long or short, and we have not been compensated for this article.