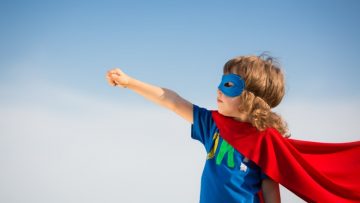 Mountain High Acquisitions Corp (OTCMKTS:MYHI) is a micro-cap with cannabis exposure. MYHI stock has been all over the place, and management prefers to stay dead quiet, with no news of any kind out on the stock in just short of a year. Speculation will no doubt run rampant about this stock until something hits the wires, either in the form of a management comment – “we don’t know why the stock is acting like this” – or something that explains to the rest of the world something of the company’s goals, plans, or expectations. But, whatever the story turns out to be, we know a bit about the context.

As we have noted, the regulated cannabis market in the United States is projected to reach more than $7 billion for 2016, when all the books have been counted up. That’s according to a report by New Frontier and ArcView Market Research. That represents 26% growth over the previous year, driven largely by adult recreational sales of marijuana. Regulated adult recreational marijuana sales topped $998 million in 2015 compared to $351 million in 2014 — growing 184% year-over-year.

Mountain High Acquisitions Corp (OTCMKTS:MYHI) trumpets itself as a company that focuses on the commercial hemp and CBD products industries.

A diversified holding company focused on the acquisition and development of businesses within the hemp and CBD nutraceutical sectors, the company’s wholly owned subsidiary, GreenLife BotaniX, Inc. (www.greenlifebotanix.com), is a California-based developer and marketer of the “SuperCBD” brand of CBD hemp oil infused nutraceutical products.

Freedom Seed and Feed, Inc., also a wholly-owned subsidiary of the Company, is an innovative Kentucky-based industrial hemp cultivation, processing, and marketing company. In 2014, Michael Lewis, COO of Freedom Seed and Feed, became the first federally permitted private citizen to farm hemp in the United States since 1937.

MYHI is based in Scottsdale, Arizona.

Find out when MYHI stock reaches critical levels. Subscribe to OracleDispatch.com Right Now by entering your Email in the box below.

As noted above, while the story remains a bit grey about this stock, we do know it has ties to the marijuana movement. According to Cowen & Co., the fact that California legalized on a recreational basis in November will likely push the overall legal sales footprint of pot in America to over $20 billion.

Naturally, this is about more than just the US. In Canada, the story may be even more compelling. Legislation is likely to be on the table sometime this year to fully legalize pot on a national basis for all conceivable consumers, according to a promise made by the country’s PM Trudeau. Hence, while we know something will likely break onto the scene for MYHI as a scapegoat for the recent extreme momentum, we should keep in mind that this type of monstrous sector tailwind, mixed with thin trading conditions and a tiny float, is an explosive combination.

As for technicals, recent action has seen more than 120% during the past month in terms of shareholder gains in the name. However, that is way down off its recent highs of more than $0.80/share. But volume has been steadily climbing as MYHI stock produces a wild ride for OTC traders.

We have seen an increase in recent trading volume of just shy of 300% over the long run average. Traders should note this as important due to the extremely small float size in the stock ( 9.3M shares). Traders should not overlook this combination, as a restricted trading float and a jump in trading volume can crimp supply and push share prices higher. Since we last covered the name, MYHI stock has moved 102.6% higher.

So far, the action in 2017 resembles a Christmas Tree, which is the worst pattern you get on a chart: a round trip from $0.20 to $0.85, back to $0.20. We tend to view this as largely a function of silence from the company during the rally. Management will have to throw the market a bone eventually. When that happens, the stock will have a narrative dimension and find a place in the sector. At this point, silence is a killer.

Earning a current market cap value of $23.3M, MYHI has virtually no cash on the books, which compares with virtually no total current liabilities. The company is pre-revenue at this point. As more color becomes clear on the name, we will review the situation and update our take. For continuing coverage on shares of $MYHI stock, as well as our other hot stock picks, sign up for our free newsletter today and get our next hot stock pick!