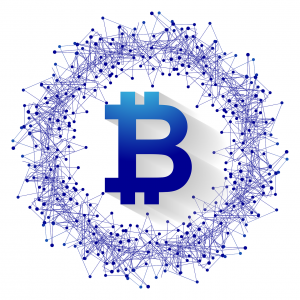 MGT Capital Investments Inc. (OTCMKTS:MGTI) has been one of the most direct and effective plays on what some have been calling “the Bitcoin bubble” over the past 2-3 months. However, as we stated in our seminal piece on GBTC in early August, we don’t believe Bitcoin – or the larger cryptocurrency craze – is a bubble in the first place. In other words, we don’t think this wild ride is anywhere near ending. Not yet. In fact, we think it may just be in its early stages.
MGTI, therefore, may be an interesting player to the extent it levers itself to this rocket ship. The extent to which just that may be happening here was clearly augmented this past week by the company’s announcement that it has increased its purchase order with Bitmain Technologies for an additional 500 S9 Antminer Mining rigs, with shipment expected in mid-fourth quarter 2017. This clearly boosts the push the company is making into the bitcoin mining arena. Diversification may become an issue at some point, however we would note the company not too long ago made a move to include a clear push into the Ethereum space as well.
MGT Capital Investments Inc. (OTCMKTS:MGTI) is in the process of acquiring a diverse portfolio of cyber security technologies and ramping up its Bitcoin mining operations in the state of Washington.
In short, MGTI focuses on acquiring and developing a portfolio of cybersecurity technologies. It intends to address various cyber threats through protection technologies for mobile and personal tech devices, as well as corporate networks.
MGTI also engages in bitcoin mining operation and recently ramped up its Ethereum mining operations as well. MGT Capital Investments, Inc. was founded in 1979 and is headquartered in Durham, North Carolina.
According to MGTI: “With facilities in WA state, MGT Capital Investments, Inc. (MGTI) ranks as one of the largest U.S. based Bitcoin miners. Further, the Company continues to focus on an expansion model to grow its crypto assets materially. The Company is also developing a portfolio of cyber security technologies, with industry pioneer John McAfee as its visionary leader, creating advanced protection technologies for mobile and personal tech devices, as well as corporate networks. The Company’s first product, Sentinel, an enterprise class network intrusion detector, is currently in beta testing, with commercial released anticipated by the end of September 2017. The Company also has entered into a joint venture with Nordic IT to develop and market a mobile phone with extensive privacy and anti-hacking features. The Privacy Phone has a tentative release date of February 2018.”
Find out when $MGTI reaches critical levels. Subscribe to OracleDispatch.com Right Now by entering your Email in the box below.

As noted above, we have been outspoken fans of the perspective that the cryptocurrency trend is not a bubble. The rationale there is basically founded in our sense that bubbles are built of overexposure, in financial terms, rather than hype or memetic popularity. And our sense is that the broad developed world public is not really holding any cryptocurrency exposure at all. All of that is likely still to come as the concept becomes gradually and increasingly mainstreamed on an infrastructural level. At this point, it would appear we are likely more at the nascency of this phenomenon.
According to MGTI’s latest release, “following shipment and setup, and in conjunction with the Company’s current rigs in operation, MGT’s Bitcoin mining operations are expected to generate approximate $1.4 million in monthly revenue, assuming current pricing and difficulty rates. Factoring in electricity, hosting and other direct operating costs, EBITDA from the Company’s Bitcoin mining operations is projected at $1.0 million per month, prior to amortization of notes payable.”
Stephen Schaeffer, President of MGT Crypto-Capital Strategies, stated, “We appreciate the confidence of a well-informed investor to provide us with capital to more quickly roll out our expansion. Furthermore, we look forward to updating the investment community and shareholders with further progress.”
Earning a current market cap value of $127.30M, MGTI has a store ($340K) of cash on the books, which must be weighed relative to about $518K in total current liabilities. One should also note that debt has been growing over recent quarters. MGTI is pulling in trailing 12-month revenues of $1M. In addition, the company is seeing recent top line growth, with sequential quarterly revenues growing at 24.4%. This is an exciting story, and we look forward to a follow-up chapter as events transpire. Sign-up for continuing coverage on shares of $MGTI stock, as well as other hot stock picks, get our free newsletter today and get our next breakout pick!
Disclosure: we hold no position in $MGTI, either long or short, and we have not been compensated for this article.