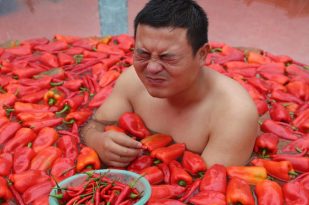 MGT Capital Investments Inc. (OTCMKTS:MGTI) is a new darling of the cryptocurrency mania currently gripping the marketplace. MGTI has been red hot, and has been one of our favorites in recent weeks for its obvious top-tier association with the en vogue group. MGTI may have just added to its case with an announcement this week that United American Healthcare Corporation (UAHC) has pushed a strong investment through partnership into MGT Capital Investments, Inc. of $2 million, the proceeds of which will be utilized by MGTI to further expand and develop its Bitcoin mining operations.
According to the release, “In exchange for UAHC Ventures’ $2 million investment, MGTI has issued UAHC Ventures both a Secured Convertible Promissory Note and a warrant to purchase shares of MGTI’s common stock. Monthly redemption payments due under the financing begin three months following the close of the transaction, and may be made in cash or by converting redemption amounts into shares of MGTI’s common stock.”
MGT Capital Investments Inc. (OTCMKTS:MGTI) is in the process of acquiring a diverse portfolio of cyber security technologies and ramping up its Bitcoin mining operations in the state of Washington.
In short, MGTI focuses on acquiring and developing a portfolio of cybersecurity technologies. It intends to address various cyber threats through protection technologies for mobile and personal tech devices, as well as corporate networks.
MGTI also engages in bitcoin mining operation and recently ramped up its Ethereum mining operations as well. MGT Capital Investments, Inc. was founded in 1979 and is headquartered in Durham, North Carolina.
According to MGTI: “With facilities in WA state, MGT Capital Investments, Inc. (MGTI) ranks as one of the largest U.S. based Bitcoin miners. Further, the Company continues to focus on an expansion model to grow its crypto assets materially. The Company is also developing a portfolio of cyber security technologies, with industry pioneer John McAfee as its visionary leader, creating advanced protection technologies for mobile and personal tech devices, as well as corporate networks. The Company’s first product, Sentinel, an enterprise class network intrusion detector, is currently in beta testing, with commercial released anticipated by the end of September 2017. The Company also has entered into a joint venture with Nordic IT to develop and market a mobile phone with extensive privacy and anti-hacking features. The Privacy Phone has a tentative release date of February 2018.”
Find out when $MGTI stock reaches critical levels. Subscribe to OracleDispatch.com Right Now by entering your Email in the box below.

As discussed above, UAHC ventures just picked out MGTI as a favorable candidate for a strategic investment in the Bitcoin game. That says a lot of positive for MGTI, which is why we think the stock has acted so well lately.
According to the release, UAHC Ventures is a newly formed subsidiary of UAHC, created to pursue strategic-investment opportunities in promising growth industries, such as blockchain technologies and digital currency. Mining of Bitcoin and other digital currencies within the digital currency space has experienced immense momentum and growth.
“Today we see Bitcoin and related-mining activities as a promising and fast-growing segment of the digital currency sector. Accordingly, we’ve identified MGTI as a leader in Bitcoin mining that is uniquely poised to capture market value as it expands its mining operations. As our commitment to making strategic investments through UAHC Ventures continues, we will further explore potential value-adding opportunities in the digital currency space, as they present themselves,” said John Fife, CEO of UAHC Ventures, LLC.
Recent action has seen just shy of 120% during the past month in terms of shareholder gains in the name. This is emblematic of the stock. MGTI is a stock who’s past is littered with sudden rips. Furthermore, the name has seen interest climb, with an increase in recent trading volume of a bit over 200% above its longer run average levels.
Traders should note this as important due to the tight float size in the stock (not even 24M shares). It’s something the veterans know to key on: a mechanically driven price squeeze can result from this type of mix of small float and ramping attention from traders.
At this time, carrying a capital value in the market of $99.7M, MGTI has a reserve ($340K) of cash on the books, which is balanced by about $518K in total current liabilities. One should also note that debt has been growing over recent quarters. MGTI is pulling in trailing 12-month revenues of $1M. In addition, the company is seeing recent top line growth, with sequential quarterly revenues growing at 24.4%. As more color becomes clear on the name, we will review the situation and update our take. For continuing coverage on shares of $MGTI stock, as well as our other hot stock picks, sign up for our free newsletter today and get our next hot stock pick!
Disclosure: we hold no position in $MGTI, either long or short, and we have not been compensated for this article.