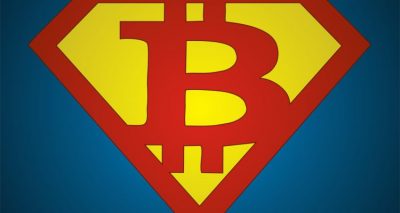 It has been a very mixed year for MGT Capital Investments Inc. (OTCMKTS:MGTI), after a blistering start rallying from $0.71 cents to $1.37 in the first two trading days of the year, the hype quickly died down and lead to a steady downtrend that would have raised alarm bells for any long position, temporarily bottoming out at 64 cents in mid February.

From February 23rd to March 6th, MGTI went on another strong rally reaching a peak of $1.32 but then yet again fell back for the next two and a half months reaching a new low of 46 cents on May 18th. Since then the bulls have shown up as evidenced by the increasing volume, June 7th was a particularly bullish day closing at $1.13 close to the high of the day of  $1.17 giving the bulls strong momentum going into tomorrow.

MGT Capital Investments Inc. (OTCMKTS:MGTI) specializes in cyber security technologies to address a wide array of cyber threats  through advanced protection technologies for mobile and personal tech devices, as well as corporate networks. John McAfee is leading the company and drawing from his valuable experience having built one of the biggest antivirus companies to date and has now focused his attention on building innovative solutions to address the ever evolving threats in the cyber security space.

The first product to come out, the Sentinel, is due to be released at the end of this month. The Sentinel system creates honeypot traps for hackers and alerts the network administrator of any intrusions using state of the art algorithms designed to mitigate risk and minimize damage. It is the first product in a full suite designed to proactively protect networks, computers, users and data.

Subscribe below and we’ll keep you on top of what’s happening before $MGTI stock makes its next move.

Another focus of MGT Capital Investments has been in the smartphone arena. As technology advances, there is growing concern over the vulnerabilities that allow hackers to steal and manipulate our personal details easily. John McAfee has been very vocal in his opinion of the deterioration of our privacy and especially the holes that can be found in smartphone technology.  He states that every hackable function of smartphones is controlled by software switches, giving full access to hackers to control the Wi-Fi, Bluetooth, geolocation, camera, microphone, the factory reset function, automatic system updates, etc. We have given the keys to the kingdom, blindly and willingly to the world’s hacker and his solution is the “Privacy Phone”, it is the world’s first smartphone to feature hard kill switches, each phone features a built-in privacy control center giving users full control of access and functions of their phone. The kill switches allow physical disconnection of the battery, WiFi, Bluetooth and geolocation, the camera and the microphone which would be extremely appealing to anyone working with highly confidential information or those simply looking to protect their privacy. In a world where people are becoming increasingly more concerned about protecting their private data from intruders it is very easy to see hard kill switch phones taking off.

In other developments, MGT Capital has announced a Major Expansion in its Bitcoin Mining. On May 22nd the company closed on financing consisting of a $1.35 million 10% convertible note (convertible at $1.05 per MGTI share) issued to a single institutional investor. The note is self-amortizing with a maximum repayment of $90,000 per month. In conjunction with the note, the Company also issued the investor 1.2 million warrants with an exercise price of $1.05 per MGTI share. This financing combined with cash reserves is estimated to generate 225 Bitcoins per month with a value currently of over $600,000. Factoring in electricity, hosting and other direct operating costs, EBITDA from the Company’s Bitcoin mining operations is projected at $300,000 per month, prior to note amortization.

Although it has been a very topsy turvy year for MGT Capital Investments there is plenty to be optimistic about, the world’s first Privacy phone and a new high end cyber security system as well as an expanding Bitcoin mining operation could see significant revenue growth in the foreseeable future. For continuing coverage on shares of MGT Capital Investments stock, as well as our other hot stock picks, sign up for our free newsletter today and get our next hot stock pick!