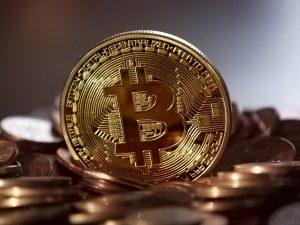 MGT Capital Investments Inc. (OTCMKTS:MGTI) is a penny stock that’s clearly begun to spur some interest among players in the marketplace as the company continues to carve out a name as a cryptocurrency play. The company recently issued a press release “intended to provide stockholders and the investment community with clear metrics regarding the present status of its cryptocurrency business.”
According to the release, the Company was interestingly up front about the risks it has on the table, stating that it “believes that all calculations and figures in this release are accurate, there can be no assurance, for example, that the historical correlation of difficulty rates and Bitcoin prices will hold in the future, nor can MGT assure that there will be no unforeseen issues in deploying its mining rigs.” This is rare indeed.
MGT Capital Investments Inc. (OTCMKTS:MGTI) is in the process of acquiring a diverse portfolio of cyber security technologies and ramping up its Bitcoin mining operations in the state of Washington.
In short, MGTI focuses on acquiring and developing a portfolio of cybersecurity technologies. It intends to address various cyber threats through protection technologies for mobile and personal tech devices, as well as corporate networks.
MGTI also engages in bitcoin mining operation and recently ramped up its Ethereum mining operations as well. MGT Capital Investments, Inc. was founded in 1979 and is headquartered in Durham, North Carolina.
According to MGTI: “With facilities in WA state, MGT Capital Investments, Inc. (MGTI) ranks as one of the largest U.S. based Bitcoin miners. Further, the Company continues to focus on an expansion model to grow its crypto assets materially. The Company is also developing a portfolio of cyber security technologies, with industry pioneer John McAfee as its visionary leader, creating advanced protection technologies for mobile and personal tech devices, as well as corporate networks. The Company’s first product, Sentinel, an enterprise class network intrusion detector, is currently in beta testing, with commercial released anticipated by the end of September 2017. The Company also has entered into a joint venture with Nordic IT to develop and market a mobile phone with extensive privacy and anti-hacking features. The Privacy Phone has a tentative release date of February 2018.”
Find out when MGTI stock reaches critical levels. Subscribe to OracleDispatch.com Right Now by entering your Email in the box below.

As noted above, the company just hit the wires with a release intended as a general update on its crypto mining operations. The release was surprisingly transparent and should be a solid brick in the wall in the battle to continue to establish this company’s credibility as a real player in the space. At this point, no one seems to doubt the idea that the crypto space is at least a real growth space on some level, even if you don’t buy into the more dramatic prognostications.
“We have been running at breakneck speed to achieve a substantial expansion of our Bitcoin mining footprint, and it’s time for a comprehensive summary,” stated Stephen Schaeffer, President of the Company’s Crypto-Capital Strategies business unit.
According to the release, following shipment and setup, and in conjunction with the Company’s current rigs in operation and on firm order, MGT’s Bitcoin mining operations are expected to generate over $2.0 million in monthly revenue, assuming recent pricing and difficulty rates. Factoring in management fees, profit sharing, electricity, hosting and other direct operating costs, EBITDA from the Company’s Bitcoin mining operations is projected at $1.1 million per month.  The Company expects all rigs announced to date to be operating during the first quarter of 2018.
Mr. Schaeffer continued, “The effort required to reach our current level is not trivial. The ability to scale our operations requires coordinating the procurement of supply-constrained rigs, massive power requirements, substantial monitoring and controls, and the like. This success is far from a plug and play endeavor. We are very proud of the diligence of the entire MGT team.”
Earning a current market cap value of $108.3M, MGTI has a chunk ($340K) of cash on the books, which stands against about $518K in total current liabilities. One should also note that debt has been growing over recent quarters. MGTI is pulling in trailing 12-month revenues of $1M. In addition, the company is seeing recent top-line growth, with sequential quarterly revenues growing at 24.4%. You can bet we will update this one again as new information comes into view. Sign-up for continuing coverage on shares of $MGTI stock, as well as other hot stock picks, get our free newsletter today and get our next breakout pick!
Disclosure: we hold no position in $MGTI, either long or short, and we have not been compensated for this article.