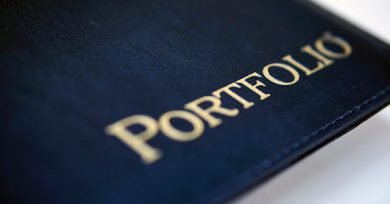 MGT Capital Investments Inc. (OTCMKTS:MGTI) is a stock that’s been pressing to the downside for the last several months as the company works its way through a dramatic operational pivot into the cyber security space. At the top of the list of changes is the integration of industry veteran John McAfee. Mr. McAfee was recently formalized in the CEO role and has been updating the marketplace with the company’s plans and goals.

In that time, traders will note a stock spinning lower, with about -20% pillaged from shareholders during the past month. However, MGTI has evidenced sudden upward volatility on many prior occasions. What’s more, the company has seen interest climb, with an increase in trading volume over the past few days. This is particularly important with the stock trading on a float that is tight at just 24.68M shares. Traders should not overlook this combination, as with such a tight trading float, this kind of ramping interest can force a supply-shock squeeze.

MGT Capital Investments Inc. (OTCMKTS:MGTI) is in the process of acquiring a diverse portfolio of cyber security technologies and ramping up its Bitcoin mining operations in the state of Washington.

With cyber security industry pioneer, John McAfee, at its helm, MGT Capital is positioned to address various cyber threats through advanced protection technologies for mobile and personal tech devices, including tablets and smartphones.

The Company is currently in the process of acquiring D-Vasive, a provider of leading edge anti-spy software, and Demonsaw, a provider of a secure and anonymous file sharing software platform.

MGT Capital intends to change its corporate name to “John McAfee Global Technologies, Inc,” and has asserted its right to do by seeking a Declaratory Judgment in U.S. Federal Court, Southern District, NY.

Find out when $MGTI stock reaches critical levels. Subscribe to OracleDispatch.com Right Now by entering your Email in the box below.

As noted above, the company just put out an update on its business and pending acquisitions, as well as its financial results for the three–month period ended September 30, 2016.

Cash and cash equivalents were $2.1 million as of September 30, 2016, compared with $0.3 million as of December 31, 2015. In addition, the Company presently has approximately $500,000 of marketable securities available for sale.

The Company’s operating loss for the third quarter of 2016 was $10.8 million, an increase of $9.5 million, as compared to the previous quarter. This larger reported loss is wholly attributable to certain non–recurring, non–cash accounting charges, such as warrant modification and stock–based compensation expenses.

“We are excited by the trajectory of our businesses over the past month, which proves that perseverance and unwavering dedication to our set goals will overcome the efforts of others to slow our progress. There are several near–term milestones that will further position us as an innovator in the cybersecurity market and building shareholder value,” commented John McAfee, the Company’s Executive Chairman and incoming Chief Executive Officer.

Currently trading at a market capitalization of $29.9M, MGTI has a decent store ($2.1M) of cash on the books, along with total assets approaching $4.8M, which is balanced by an appreciable load ($1.58M) of total accumulated debt. MGTI has posted trailing 12-month revenues coming in at just 53.00k, a number that has fallen on a y/y quarterly revenue basis, by -41%.

But that is a pre-pivot, pre-McAfee way to view the MGTI story. A pivot is a wholesale change, and it necessitates non-linear evaluation. As such, we are watching next steps very closely. There’s a chance this story could suddenly become extremely interesting. We will update the stock again soon as developments transpire. For continuing coverage on shares of $MGTI stock, as well as our other hot stock picks, sign up for our free newsletter today and get our next hot stock pick!