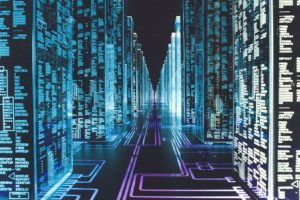 MGT Capital Investments Inc. (OTCMKTS:MGTI) moved up a nice 9% to start the week as the market has started to notice the company ramping up production. In a November update, MGTI had increased its planned deployment to an estimated 4,700 Bitmain Technologies S9 Antimer rigs, which, when at full power, will be at a hash power in excess of 60 Ph/s. The company is looking to start turning their mining power into steady revenues. MGTI released their financials recently and there was some interesting aspects to consider. Let’s take a deeper look.
“As with any periodic filing, quarter-end numbers are already stale,” stated Robert Ladd, President and CEO of MGT. “Stockholders need to know where we stand today, and I am very happy to share that information. October revenues came in at approximately $400,000 with 865 mining rigs in operation. While power availability (in large part caused by unprecedented demand from the emergent Ethereum market) has delayed our deployment, we have sourced sufficient power to accommodate the 170 rigs not yet deployed, as well as the 3,650 rigs to be delivered over the next several weeks,” continued Mr. Ladd.
MGT Capital Investments Inc. (OTCMKTS:MGTI) is in the process of acquiring a diverse portfolio of cybersecurity technologies and ramping up its Bitcoin mining operations in the state of Washington.
In short, MGTI focuses on acquiring and developing a portfolio of cybersecurity technologies. It intends to address various cyber threats through protection technologies for mobile and personal tech devices, as well as corporate networks.
MGTI also engages in bitcoin mining operation and recently ramped up its Ethereum mining operations as well. MGT Capital Investments, Inc. was founded in 1979 and is headquartered in Durham, North Carolina.
According to MGTI: “With facilities in WA state, MGT Capital Investments, Inc. (MGTI) ranks as one of the largest U.S. based Bitcoin miners. Further, the Company continues to focus on an expansion model to grow its crypto assets materially. The Company is also developing a portfolio of cybersecurity technologies, with industry pioneer John McAfee as its visionary leader, creating advanced protection technologies for mobile and personal tech devices, as well as corporate networks. The Company’s first product, Sentinel, an enterprise class network intrusion detector, is currently in beta testing, with commercial released anticipated by the end of September 2017. The Company also has entered into a joint venture with Nordic IT to develop and market a mobile phone with extensive privacy and anti-hacking features. The Privacy Phone has a tentative release date of February 2018.”
Find out when MGTI stock reaches critical levels. Subscribe to OracleDispatch.com Right Now by entering your Email in the box below.

Earning a current market cap value of $118.98, MGTI is adding significant market cap as they chug through November. The company does have debt on the books that any investor should know about, so know before you buy that this is not exactly the tightest ship on the water. You can bet we will update this one again as new information comes into view. Sign-up for continuing coverage on shares of $MGTI stock, as well as other hot stock picks, get our free newsletter today and get our next breakout pick!
Disclosure: We hold no position in $MGTI, either long or short, and we have not been compensated for this article.