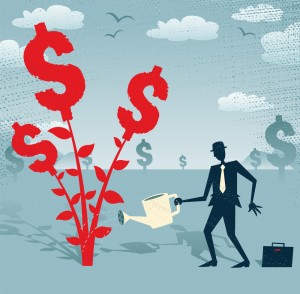 mCig Inc (OTCMKTS:MCIG) is a penny stock in the cannabis patch that just experienced a type-specimen “buy the rumor sell the news” moment. In our prior coverage of the company, we noted that they were really building up expectations of strong financials for last quarter, stating several times that it would be the company’s best quarter in history. Well, guess what: it was. The stock dropped on the news because it had already run 300% higher in front of the report in expectation. In the end, the stock has moved up by at least 200% in response to the growth now in place in recent months.

Specifically, the company announced its preliminary earnings and financial results for its third quarter for FY 2017, ending January 31, 2017. “MCIG generated $1.3M in revenue through its construction, CBD, and e-Cig divisions during the third quarter bringing its total revenue for the FY to $2.2M. The revenue generated represents a 546% increase from the same period last year, and a 204% increase from last quarter. MCIG’s net income for the quarter was $898K (with a $118K adjusted net income) bringing its total net income YTD to $716K ($227K adjusted net income), a 32% net margin. The company generated $341K in cash from operations and has increased its cash, and cash equivalents, position by 311% this fiscal year to $420K. MCIG reports $1.26M in current assets with only $287K in current liabilities giving it an acid test ratio of 4.3:1, its highest rating in company history. “

mCig Inc (OTCMKTS:MCIG) has billed itself in the past as a company that manufactures, markets, and distributes electronic cigarettes, vaporizers, and accessories under the mCig brand name in the United States. However, recently, it has attempted to remake itself into a far more diversified play in the cannabis patch.

The company offers electronic cigarettes and related products through its online store mcig.org, as well as through the company’s wholesale, distributor, and retail programs. It also constructs commercial and modular buildings which are aimed at the cannabis cultivation market.

The company was formerly known as Lifetech Industries, Inc. and changed its name to mCig, Inc. in August 2013. mCig, Inc. was founded in 2010 and is headquartered in Henderson, Nevada.

Michael Hawkins, Chief Financial Officer, stated, “For the third straight quarter MCIG has recorded record numbers. With its current contracts and booked revenue the Company will continue to see quarter over quarter growth in revenue.” He went on to say, “During this quarter we will revamp our segment reporting; changing from construction, wholesale, and retail; to construction, CBD, and e-Cig operations. We feel reporting on the segments under these new categories will provide a greater in depth review of our operations to our shareholders and investors.”

We’ve witnessed 60% during the past month in terms of shareholder gains in the name. Market participants may want to pay attention to this stock. MCIG has a history of dramatic rallies. What’s more, the listing has seen interest climb, with an increase in recent trading volume of approaching 190% beyond its prior sustained average level.

Now commanding a market cap of $131.1M, mCig Inc has a bankroll ($420K) of cash on the books, which stands against virtually no total current liabilities. MCIG is pulling in trailing 12-month revenues of $1.4M. In addition, as noted above, the company is seeing major growth on the top line on a quarterly y/y basis, with revenues growing at 546%. We will update this one again as new information comes into view. For continuing coverage on shares of $MCIG stock, as well as our other hot stock picks, sign up for our free newsletter today and get our next hot stock pick!