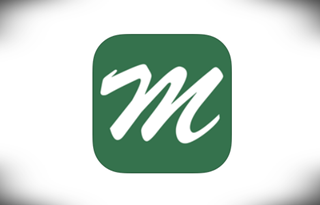 MassRoots Inc (OTCMKTS:MSRT) is a stock that’s been running up the charts of late on a combination of factors that we will take a look at below. Briefly, the company is a technology platform for the cannabis patch, and so, clearly benefits from the legislative push toward further legalization here in the US. In addition, the company has recently announced a capital raise, recruited principal engineers from some of the world’s leading technology companies to accelerate the roll-out of several planned features on their platform, and announced a partnership which could grant greater access to the Canadian market.

It’s possible that it is the third of these announcements that is most important, given Canadian PM Trudeau’s recent pledge to achieve full national recreational legalization throughout Canada in 2017. Recent action in MSRT stock has seen 63% added to share values of the company over the past month of action. What’s more, the name has benefitted from a jump in recent trading volume to the tune of a bit less than 700% over the long run average. Traders should note this as important given the stock’s tight trading float of barely over 19M shares. As savvy traders are well aware, a restricted trading float and a jump in trading volume can crimp supply and push share prices higher.

MassRoots Inc (OTCMKTS:MSRT) trumpets itself as a company that operates a technology platform for the cannabis community in the United States. The company’s mobile network enables users to share cannabis content to connect with the legalization movement. Its network is accessible as a free mobile application through the iOS App Store and the Google Play marketplace and as a Website at massroots.com.

The company also operates MassRoots.com/shop, an e-commerce platform that allows visitors to order MassRoots T-shirts, jars, and stickers; and MassRoots for Business, a free online portal for dispensaries to schedule posts, view analytics, and gain insights into followers. MassRoots, Inc. was founded in 2013 and is headquartered in Denver, Colorado.

MSRT is one of the largest and most active technology platforms for cannabis consumers, businesses, and activists with over 900,000 registered users.

Find out when $MSRT reaches critical levels. Subscribe to OracleDispatch.com Right Now by entering your Email in the box below.

With what appears more and more to be tantamount to a national referendum on marijuana for the US coming up on November 8, it’s no surprise to see shares of MSRT stock get some juice right now after such a long, devastating decline. However, it’s also doing some of the pushing itself, with some key catalysts.

As noted above, the company just completed a $5.0 million equity offering under its Registration Statement, declared effective by the Securities and Exchange Commission on August 11, 2016. There will be no further sales in this offering. MassRoots’ Founder and largest shareholder, Mr. Isaac Dietrich, led the round with participation from former MyPoints.com CEO, Mr. Steve Markowitz, Aphria, The Delavaco Group, and several family offices.

“Management believes that these funds are sufficient for the Company to reach cash-flow positive and to scale our commercialization efforts to a much wider audience,” stated MassRoots CEO Isaac Dietrich. “We are confident that the current political climate coupled with increasing demand in regulated cannabis markets presents a tremendous growth opportunity for MassRoots. Going forward, MassRoots will remain focused on introducing new monetization channels within our mobile applications while exploring strategic partnerships to expand our platform’s capabilities.”

The equity offering has given MSRT its largest cash on hand in its corporate history as it continues to grow its user base.

In another major catalyst, Aphria Inc. one of the leading Canadian licensed producers of medical cannabis, and MassRoots, Inc. , one of the largest technology platforms for the cannabis industry, are pleased to announce they have entered into one of the first international partnerships between cannabis companies. Under the terms of the agreement, MassRoots will help build awareness of the Aphria brand amongst its Canadian user base. Aphria will compensate MassRoots a cash fee per patient it refers.

If this deal yields strong results, it could be a game-changer for MSRT stock holders.

“We are thrilled to partner with Aphria to help expand their patient base while opening a new revenue stream for our business,” stated MassRoots CEO Isaac Dietrich. “As a technology platform, MassRoots is available in every state and country that regulates the production of cannabis and we could not be more excited to have a partner of Aphria’s caliber in the Canadian market.”

Currently trading at a market capitalization of $39.5M, MSRT has minimal cash on the books, along with total assets approaching $440K, which is balanced by an appreciable load ($1.20M) of total accumulated debt. As noted above, MSRT stock trades on a small trading float of just 19.15M, which suggests the stock could launch higher on any additional influx of interest. The company is also making money, with trailing 12-mo revs coming in at $796.51k on major topline growth, with the quarterly y/y top line increasing at over 23,000%. That’s a promising current situation for a turnaround, but the company has a lot of work to do to be truly convincing on the move. That said, further inroads into the Canadian market would shoulder some serious weight. For continuing coverage on $MSRT and our other hot penny stock picks, sign up for our free newsletter today and get our next hot stock pick!