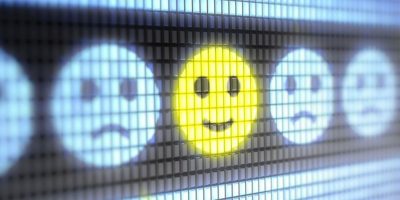 Peregrine Pharmaceuticals (NASDAQ:PPHM) shares started the 2017 rally right before Valentines Day, with a high volume move taking shares from .32 cents to .55 cents, and continued higher into the end of Q1 and currently sit +107% for the year as an excellent performer so far in 2017.

Much of the rally revolves around the company committing to improving patient lives by manufacturing products for biotechnology and pharmaceutical companies, and advancing its proprietary R&D pipeline.

On April 04, Peregrine Pharmaceuticals (NASDAQ:PPHM) announced the presentation of results of a new analysis of the Phase III SUNRISE trial of bavituximab in patients with previously treated locally advanced or metastatic non-squamous non-small cell lung cancer (NSCLC). Data demonstrated that for patients in the study’s bavituximab plus docetaxel treatment arm who received subsequent immunotherapy, the median overall survival (mOS) was not reached, while mOS was 13.0 months for patients in the study’s placebo plus docetaxel arm who received subsequent immunotherapy [HR = 0.43; p=0.005]. These are the first clinical results reported supporting the hypothesis that bavituximab may modulate the tumor microenvironment to enhance the anti-tumor activity of immunotherapy agents.  Data were presented by Peregrine scientists at the 2017 Annual Meeting of the American Association for Cancer Research (AACR), which is being held April 1-5, 2017 in Washington, D.C. according to the company website and press release.

The presentation highlighted an analysis in which the company evaluated the impact of subsequent immunotherapy treatment, as well as patients’ pre-treatment interferon gamma (IFN-γ) levels on overall survival.  Overall, low peripheral IFN-γ correlated with more favorable OS in the patients receiving bavituximab + docetaxel and is a biomarker of interest.  Data were also analyzed by low versus high IFN-γ levels.  For patients with low pre-treatment IFN-γ levels who received subsequent immunotherapy, those in the bavituximab plus docetaxel arm did not reach mOS compared to mOS of 12.1 months for the placebo plus docetaxel arm [HR = 0.24; p < 0.001].

“We are extremely encouraged by the results of these exploratory analyses which provide further clinical rationale for combining bavituximab and checkpoint inhibitors,” said Joseph Shan, vice president of clinical and regulatory affairs at Peregrine. “This will be the key focus for upcoming early phase clinical trials, which includes a study of bavituximab and pembrolizumab in head and neck cancer through our ongoing collaboration with the National Comprehensive Cancer Network.”

Find out when $PPHM stock reaches critical levels. Subscribe to OracleDispatch.com Right Now by entering your Email in the box below.

Bavituximab is an investigational chimeric monoclonal antibody that targets phosphatidylserine (PS). Signals from PS inhibit the ability of immune cells to recognize and fight tumors. PS-targeting antibodies have demonstrated an ability to shift the functions of immune cells in tumors, resulting in multiple signs of immune activation and anti-tumor immune responses. Bavituximab is believed to override PS immunosuppressive signaling by blocking the engagement of PS with its receptors and sending an alternate immune activating signal.

Peregrine’s clinical development strategy for bavituximab currently focuses on small, early-stage, proof-of-concept trials evaluating the drug in combination with other cancer treatments.  This approach includes the recently announced grants awarded by the National Comprehensive Cancer Network (NCCN) to support three different clinical trials of bavituximab treatment combinations.  These trials will evaluate novel bavituximab combinations in glioblastoma, head and neck cancer, and hepatocellular carcinoma including an immunotherapy combination.  Additionally, Peregrine continues to advance its pre-clinical collaboration with MSK with the goal of evaluating combinations of bavituximab with checkpoint inhibitors and other immune stimulatory agents.  The intent behind this strategy is to focus our research and development spending to further validate bavituximab’s combination potential as we seek to advance the program though a pharmaceutical or biotechnology partner.

Peregrine Pharmaceuticals (NASDAQ:PPHM) is a biopharmaceutical company committed to improving the lives of patients by delivering high quality pharmaceutical products through its contract development and manufacturing organization (CDMO) services and through advancing and licensing its investigational immunotherapy and related products.  Peregrine’s in-house CDMO services are provided through its wholly-owned subsidiary Avid Bioservices, Inc. which provides development and biomanufacturing services for both Peregrine and third-party customers.

PPHM Shares have been on a roll in 2017 establishing a base to work from with good volume. It is worth watching these shares who have given clues they are working to improve all aspects of their business, it always comes out in share price and valuation. For continuing coverage on shares of $PPHM stock, as well as our other hot stock picks, sign up for our free newsletter today and get our next hot stock pick!