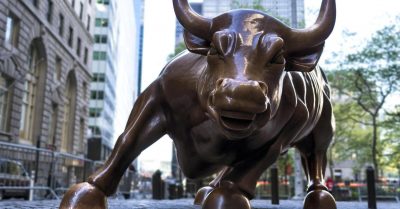 Groupon Inc (NASDAQ:GRPN) is showing signs of new life for an old internet favorite. Back in 2011, investors viewed Groupon (NASDAQ:GRPN) as one of the highest-flying of the new breed of e-commerce giants that were going public at the time. Flash forward approximately six years, though, and investors are decidedly mixed on the company’s fortunes.

The good news, though, is that shares of GRPN are up 19.58% YTD and the company is coming off a better than expected 4Q2016. Additionally, 96% of the StockTwits community is bullish on Groupon over the past 7 days.

Groupon Inc (NASDAQ:GRPN) shares are currently trading at $3.97, giving the company a market capitalization of $2B. Over the most recent 52-week period, shares of the company have traded as low as $2.92 and as high as $5.94. Over the past six months, though, shares have whipsawed back and forth. On October 25, shares were trading at $5.32 but ended the year at just $3.32. That set the stage for a recovery in 2017, where shares briefly spiked up to $4.74 on February 21 before trading back down to the $4 mark.

So what’s next for GRPN? According to the Wall Street consensus by 13 analysts, the price target for Groupon is $4.9, which would mark an appreciation of approximately 25% from the current price. The high estimate for the stock is $6.50, while the low is $3.

According to a technical measure known as the Relative Strength Index (RSI), Groupon has a score of 47.22, which means that it’s closer to being oversold than overbought. That would also seem to support the thesis that Groupon has more room to run in 2017.

What has investors most optimistic are the latest 4Q2016 numbers, which came in better than expected. Groupon posted revenue of $934.9 million, which was better than the $917.2 million expected. Moreover, the company reported gross billings of $1.70 billion, largely in line with what the company posted in the year-earlier period. And the company ended the quarter with free cash flow of $269 million.

Find out when $GRPN stock reaches critical levels. Subscribe to OracleDispatch.com Right Now by entering your Email in the box below.

That being said, the company still reported a minor loss of $50.2 million for the quarter, which means the company is still losing money. There are several reasons for this, including the worse than expected performance of the company’s EMEA (Europe Middle East Africa) operations and restructuring costs. Moreover, the company is still absorbing last October’s acquisition of LivingSocial, which the company acquired for next to nothing (what the company referred to in its latest financial filings as “no consideration.”)

The core problem of the company is the underlying business model, which the company describes as managing and operating online local commerce marketplaces. Essentially, Groupon sells deals, goods and travel getaways at deeply discounted prices in local markets around the world. At one time, this was a completely novel business, especially given the group buying dynamic and “daily deal” promotion that Groupon pioneered. But other Internet giants have consistently eroded Groupon’s margins. Within the travel segment, for example, you have competitors like Kayak and Priceline. Within the goods sector (which includes apparel, toys and jewelry), you have competitors like Amazon and now Jet.com.

Going forward, Groupon has to convince analysts that it has found a way to achieve steady growth and still make a profit. The company’s recent restructuring measures were part of that story. And the acquisition of LivingSocial should give Groupon even more of a presence in markets around the world. But remember – LivingSocial once had a $6 billion valuation, and Groupon was able to acquire it for almost nothing at the end of October. So what does that mean for Groupon?

And, given all the market exuberance around Internet stocks after the recent Snap IPO, it’s conceivable that investors may start to attach higher valuations to Internet companies like Groupon going forward. The nearly 20% gain in 2017 could be a foreshadowing of what’s to come, especially if the company manages to hit its Wall Street consensus price target of $4.9 sooner rather than later. For more news on Groupon and other fast-moving penny stocks, please subscribe to OracleDispatch.com below.