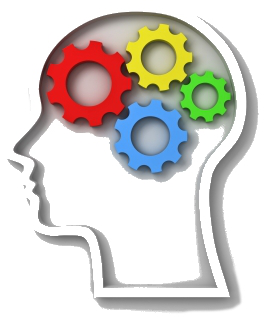 Marijuana Company Of America Inc (OTCMKTS:MCOA) has been performing with even more gusto in recent days, extending the stock’s healthy bounce by an additional 100% since last week’s update out of the company stating that the hempSMART Brain product is scheduled for release by the end of October.

We’ve witnessed better than 700% tacked on to share pricing for the company in the past month as the Green Rush 2.0 matures into full bloom. Market participants may continue to want to pay attention to this stock. MCOA has a track record that includes a number of dramatic rallies such as this, with further potential still above. In addition, the name has seen interest climb, with an increase in recent trading volume of just shy of 460% over the long run average.

Marijuana Company Of America Inc (OTCMKTS:MCOA) trumpets itself as a company that operates as a marijuana marketing and distribution company. It intends to distribute a range of marijuana, CBD, and related products in the United States and internationally.

According to the Company’s press materials, “MCOA plans to distribute marijuana and products related to marijuana as well as CBD and hemp, using a variety of marketing approaches to distribute on a global basis.”

Find out when $MCOA reaches critical levels. Subscribe to OracleDispatch.com Right Now by entering your Email in the box below.

As we have been harping on, during the 2016 election cycle, 9 states with more than 30% of the United States population will be voting on regulating the sale of cannabis for medicinal or recreational use.

The regulated cannabis market in the United States is projected to reach more than $7 billion this year, according to a report by New Frontier and ArcView Market Research. That represents 26% growth over the previous year, driven largely by adult recreational sales of marijuana researchers found. Regulated adult recreational marijuana sales topped $998 million in 2015 compared to $351 million in 2014 — growing 184% year-over-year.

As noted in the company’s recent release, the “hempSMART Brain” product was developed to address the increase in neurologic and neurodegenerative challenges that have prompted a surge in scientific research on prevention and/or reversal of brain and nervous system pathology.

A variety of natural products have been shown, in clinical trials, to improve neurological and cognitive function and there has been a surge of products being marketed to improve brain function. Marketing leaders are currently preparing for the Brain product roll-out. The hempSMART prelaunch website: hempSMART.com is now active and accessible to the Company’s members. According to the Direct Selling Association, in 2015 over 20 million people in the U.S. were involved in direct selling, with total sales of $36.1 billion. More than 74 percent of the American public has purchased goods or services through direct selling. Worldwide sales are also strong with more than $154 billion in sales.

According to the update, the company is placing great emphasis on this method: “This marketing and distribution method is incredibly effective at creating solid sales and loyal members, as well as brand awareness in the marketplace because the sales “force” are people that passionately believe in the company, product and the difference it can make in people’s lives. The energy they can invest into the education of potential customers is far more than any other sales model. Another key driver in the affiliate marketing industry is compensation or commission that is based on performance. Affiliate leaders earn rewards and compensation for developing training systems for their personal sales “teams” within hempSMART. Based on this win-win business model, companies can grow rapidly due to the success of the customer, the affiliate and the entire direct sales process.”

Currently trading at a market capitalization of $40M, MCOA has minimal cash on the books, which compares with an appreciable load ($589.68k) of total accumulated debt. With the Green Rush 2.0 move still in full bloom, this is somewhat flawed balance sheet situation is hardly going to enter into the picture. The main thing here will unquestionably be all about whether or not the company makes good on its promise to do a full public release of the hempSMART brain product by the end of the money. We will update our analysis at that time. For continuing coverage on $MCOA stock and our other hot stock picks, sign up for our free newsletter now and get our next hot penny stock pick!