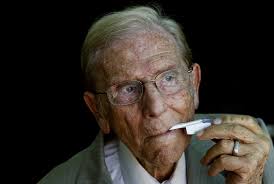 MannKind Corporation (NASDAQ:MNKD) shares are currently trading in a range of $0.61-$0.68, and over a 52-week period, shares have traded in a range of $0.61-$3.79. That suggests that MNKD may have reached the bottom end of its price range and may be headed up soon. The company’s total market capitalization is close to $300 million.
MNKD’s major problem is a potential delisting from the NASDAQ. In the middle of September, the company received a delisting notice, pointing out that that shares of the company have traded below $1 for more than 30 days now.
MannKind Corporation (NASDAQ:MNKD) specializes in the discovery and development of therapeutic products for diseases such as diabetes. The company’s flagship product – and the only one that has full FDA approval – is AFREEZA, a form of inhaled insulin that helps to control high blood sugar in people with diabetes.
MNKD, is a development stage company, engages in the discovery, development, and commercialization of therapeutic products for the treatment of diabetes and cancer. Its lead investigational product candidate, the Technosphere Insulin System, is in phase III clinical trials in the United States, Europe, and Latin America for the treatment of diabetes. This dry powder therapy consists of Technosphere particles onto which insulin molecules are loaded. These loaded particles are then aerosolized and inhaled into the deep lung using its proprietary MedTone inhaler.
The company is also developing therapies for the treatment of solid tumor cancers. The lead product candidate in this program, MKC1106-PP, which is in phase I clinical trial is intended for the treatment of various solid-tumor cancers, including ovarian, colorectal, pancreatic, renal, breast, and prostate carcinomas and melanoma.
MannKind was founded in 1991 and is headquartered in Valencia, CA.

Find out when $MNKD reaches critical levels. Subscribe to OracleDispatch.com Right Now by entering your Email in the box below.

The current sentiment appears to be that the company is not moving fast enough to make AFREEZA a profitable product. For now, the company has only been touting the increasing number of doctor prescriptions for AFREEZA, but has not been able to translate that into bottom-line profitability.
Demonstrated safe and effective, FDA-approved AFREZZA is the only inhaled insulin working to help control blood sugar during mealtime.

MNKD ran in to some issues in August, which was a bit of a PR nightmare, and certainly didn’t help investor sentiment.
A statement on the company’s site states “We recently learned that there was a lapse in Medicare and Medicaid coverage for Afrezza as a result of the transition to MannKind’s NDC codes. This issue impacted prescriptions last week and is anticipated to affect reported prescription counts only for the month of August.”
The good news, though, is that MNKD has been more responsive to investors of late, including a recent attempt in August to find an alternative to Mylan’s EpiPen. If MNKD can ramp up the momentum around AFREEZA, that could mean a short-term boost for the company’s stock. We will be updating OracleDispatch as soon as we know more. For continuing coverage on MNKD and our other hot stock picks, sign up for our free newsletter today and get our next hot stock pick!